Call of Duty: Infinite Warfare has been both a success and a disaster.

The good news – it’s this years second biggest selling game in the UK (just behind FIFA 17) and in many other regions, it remains one of the top five best-sellers. The bad news? Those sales appear to be down on average 50% from last years Black Ops 3. Take a moment with me here, if you will. The second biggest selling launch of this year… is half of what last years instalment of Call of Duty could pull together.

Some have explained this away as having finally dropped last-gen consoles like the PlayStation 3 and XBox 360. And I’m sure there’s a large degree of truth to that; we’re heading into a year where two brand new consoles (and a mid-generational upgrade) will be fighting for market share. If you haven’t bought into this generation yet – it’s a bit late now, because what is Gen-8 is coming to a close in preparation for… what are we calling it again? Gen 8.5? Gen 8-For-Reals-This-Time? Eh, whatever, what we call this new console cycle is largely irrelevant, because it’s happening whether we want it to or not.

It does, however, suggest that huge chunks of the market didn’t upgrade, and they didn’t want to upgrade (with new consoles coming in 2017, they’re probably smart people). And this lets me use my favourite little chart; I do so love this chart. 2016, despite Sony’s roaring trade over the Black Friday period, hasn’t been much better. Doing the basic math here, Sony announced over the weekend that it had reached 50 million unit sales. A great figure, because it lets us know just how many PS4’s they’ve sold this year! Right, so, 50 million, minus 17.37 million, 14.59 million and 4.49 million…

That’s 13.55 million, by the by. And since PS4 Pro sales are being bundled into that number… yeah, that’s not an audience of exactly 50 million, is it Sony?

Here’s the shocker – sales are down, and have been declining for years as we can see in Statistica’s chart. Are we shocked that a smaller market means smaller software sales? Oh no, I’m using common sense and logic here! How delightfully transgressive! I may be about to offend some people by pointing out the reality – abandoning the last-gen consoles now was a catastrophic move for software sales this year.

Shutting down the last generation, a market which sold 160 million XBox 360’s and PS3’s between them, was always going to be difficult. It’s success was incredible, it’s presence undeniable. That many still willingly enjoyed these consoles during the last four years of this generation – the Wii U did indeed kick it off in November of 2012, that happened, #dealwithit – was a testament to how successful these consoles were… and the Wii, obviously, though that was admittedly short-lived. Third-parties have for a while been a bit concerned about cutting off Gen-7 consoles, not because they want to continue developing for the hardware, but largely because there’s been so little money in this current generation. And in an awkward transitional year for the games industry, as it prepares for new consoles, scoring second place on software sales is a bit like coming second in a snail race. Congratulations… I think…

Still, what choice was there? The industry had to let go of Gen-7 eventually, and now it has the last year, the real scale of the disaster zone that has been Gen-8 is being slowly revealed through the clouds of smoke. The smoking wreckage of the last few years is a sight to behold, and without the smoke and mirrors to plump up those numbers, we’re finally getting a glimpse beyond the PR fluff and nonsense and a small, nervous peek at reality. Which is… well…

There are likely other considerations – that maybe, just possibly, Call of Duty – like so many franchises this generation – has been run into the ground. It’s also quite possible that many are now waiting for more complete editions of games, having been repeatedly burned time after time during this generation. From highly-expensive season passes and collectors editions to just the general state of the patching system, people are getting a tad exasperated by the console market. And it’s not hard to understand why.

Whatever your viewpoint, my take is this; that this generation is now being exposed for the car-crash it really is. It’s become impossible for the media, and the PR firms, to keep a lid on the numbers and their lies and dishonesty are catching up with them. This is the lowest-selling generation in two decades, and it’s not a huge leap from the 16-Bit era either. Software production costs are rising as sales are falling. And we’re already eager for new hardware. The PC Market has grown, the Smartphone market has grown, and consoles have been somewhat left in the cold.

Call of Duty: Infinite Warfare may not be a great game – the general consensus is that it’s a bit shit, I hear – but it’s just another casualty this year of a market grinding to an undignified halt. The reason we have these new consoles happening? Because the console market is in desperate need for a shot in the arm; a sales boom, and it doesn’t seem to care how it happens, only that it happens. Without it… the console market could be heading for a real disaster in the coming years. If the market has been so dependent on Gen-7 machines to continue to support this generation, only to find when the time comes to cut Gen-7 off that Gen-8 consoles on their own cannot sustain the budgets – I’d argue it’s best they acknowledge that now. Take the pain.

But it still only emphasises how important the next PlayStation (no, the PS4 “Pro” doesn’t count), XBox Scorpio and Nintendo Switch are. Never before has so much been riding on the advent of a new console cycle. Third parties won’t continue to make games if the markets dry up completely, and now everyone is acutely aware how fragile the market is.

And that’s a good thing. I think. 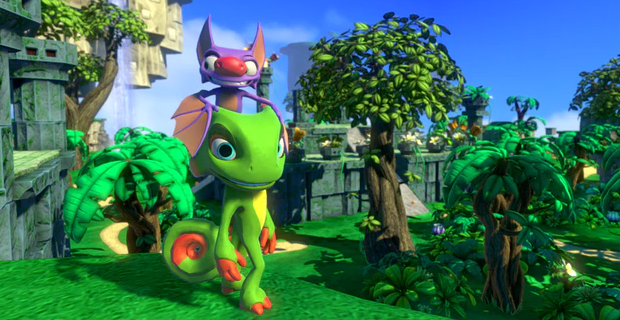 How To Define The RPG… Sort Of.