It’s never enjoyable when you have to cover already worn ground.

Back in September, I compared the Neo – renamed the PS4 “Pro” – to the New Nintendo 3DS. I posited that Sony’s marketing was being tangentially dishonest by omitting certain key promises. It’s fine to release a slightly upgraded console, and fine to enhance games for said system, but when you end up with games that don’t run on the base unit with any real verve… that’s just being plain outright dickish to a huge chunk of your audience.

Nintendo and Namco-Bandai did it with Hyrule Warriors: Legends, a game which should always have remained New 3DS exclusive but was sold as being ‘playable’ on the basic 3DS. Of course, it depends on what your definition of ‘playable’ happens to be. Can the game be loaded, run and sort-of-played? Sure, it can on the older 3DS units. But the low framerate, the painful loading times (on a cartridge!) and general unresponsiveness of the game made it painfully obvious that Hyrule Warriors: Legends was always made for the new updated hardware, and should never have been marketed as an older 3DS game. The fallout from this alone could have been devastating to Nintendo, had it not finally rounded the year off with the Nintendo Switch. So surely, with this an obvious and painful chapter in the mid-gen hardware refresh, with us knowing that this is stupid and immoral and unethical, Sony – the market leader – wouldn’t stoop to repeating the same mistake, right?

My thoughts on The Last Guardian as a game are mixed; I want to love it. But it feels like an old game already – Team Ico are legends, and I adore them, but in the nine years since this game was first announced – we’ve moved on a long way (and I worry we left Team Ico behind). We now have a thriving indie scene pumping out some cracking games, we have art games happening, we have walking simulators as a genre. The AI struggles to keep pace, the camera struggles in spots and oh yes, the base PS4 just isn’t powerful enough to run the game.

That’s right, play a game delayed for a decade, originally touted for the PS3, on a basic PS4 unit and be prepared for significant performance problems. Slow and choppy framerates, input lag and long load times – the unholy trifecta of complete douchebaggery, all in one game!

Therein lies the problem; The Last Guardian, like Hyrule Warriors, seems like it was always designed and intended at heart to run on the newer hardware. The beautiful art style, the breathtaking scenery, the every ripple of the wind on Trico’s furry body – this is an impossibly lovely game to look at, and the deep connection at the heart of the gameplay should be a winner – marry the basic concept from Ico, remove the annoying Yorda and replace her with the fuzziest cute ball of awesome-sauce you can dream up. But the developers clearly rushed ahead with the PS4 Pro version and took advantage of the superior clock speeds and graphical potential, leaving those of us with base PS4 units kind of up a creek sans paddle. We can buy the game – and play it, but is this really the way we should be playing it? Because Sony doesn’t have the balls to just outright admit that this game was never intended for the older PS4 models? Hardly an excuse, is it?

And I don’t mean that lightly. Sony must have been acutely aware this was an incoming problem – it’s something so obvious. If you give a developer two consoles, and one has more power and potential than the other… chances are they’re going to shift towards the more powerful unit. It’s an inevitability – it allows them to do more, to put more in, and to make something better than they originally intended, and by the time they’ve added all this stuff to a game… it suddenly can’t run on the older hardware with any real viability.

When Sony said all games would run on the PS4, yeah, they neglected to put in the bit about them “having acceptable performance”.

Still, I wouldn’t care about this had Nintendo not in the last year demonstrated why this is a disaster. The New 3DS didn’t sell well, and the exclusive games sold adequately for their market but not nearly what was projected. Of course, it certainly didn’t help that barely a month into the New 3DS, the late Satoru Iwata dropped the NX Bomb on an unsuspecting market, but Nintendo paved the way to show why a mid-generational hardware refresh doesn’t work. It’s not simply splitting the market for games; you are expecting a massive audience to just buy a brand-new 3DS, and chances are most are happy with their machine. After all, structurally the older 3DS models were more sturdy than the New 3DS – the hinges locked into place more snugly, so you could have your handheld open in a bumpy car ride and it wouldn’t move around… the New 3DS was too loose, and that’s just a bad thing.

Sony had a good opportunity here to push a new console, with a new branding, to coincide with its VR push. With a console with a better CPU, GPU and more storage, I dunno. I’m sure there’s a term for this, where performance upgrades impact how games run significantly enough that they could be considered dramatic improvements, where games we want to play are no longer possible in a viable manner on older hardware. If only there was a word for the leaps and bounds we make in video game console hardware, where we could all move on, accept the old is now old and be encouraged to splash out money on a new piece of hardware…

The point is this; The Last Guardian may be a lovely game. But it’s the first step towards Sony dicking over more than 40 million owners of its base PS4 unit – forcing them, inch by inch, to upgrade to a PS4 “Pro” just to play their new games in an acceptable manner. And that’s not okay – not just because it’s morally and ethically bankrupt in the extreme, but there’s this little thing happening in March of 2017 you may have seen recently called THE NINTENDO SWITCH! And this time, at least Nintendo is being honest and open that this is a new console, a hybrid console, and that it’s going to run the new Zelda and even Skyrim Remastered on a handheld screen. The teaser on the Jimmy Fallon show demonstrated that the handheld performance as-is is pretty damn solid already.

Given the choice, will 40 million-or-so people either;
a) take it up the Ulrika-ka-ka from a company that’s already screwed them over and spend £400 on a PS4 “Pro”
or
b) buy a new console, with power somewhere between XBox One and PS4 levels, which is a home and mobile console, for what retailers are promising will be £200?

Sony are picking a really bad time to be dicks about this. Because to me, the choice is obvious. And if Sony wants, indeed, needs the PS4 to continue for a few years, then it’s got to demand from its developers and third parties that older consoles cannot be left behind. Sad thing is, if Sony do this… won’t most of them just go to the Scorpio or Switch, with less of this nonsense to deal with, effectively making Sony the third-party pariah that they themselves made Nintendo this generation?

Sony cannot really win here. The only way they could have gotten around this is by releasing a brand spanking new console. A brand new design, a brand new controller and much stronger hardware than before, not just a few incremental upgrades here and there.

And I’ve got twenty quid that Sony will do just that in the next few months and dick over everyone who bought a PS4 “Pro” in the process.

Hey, it’s been a while since a Sony Implosion. Just sit back and enjoy. I’ll bring the marshmallows. 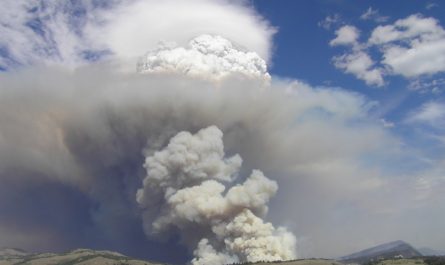