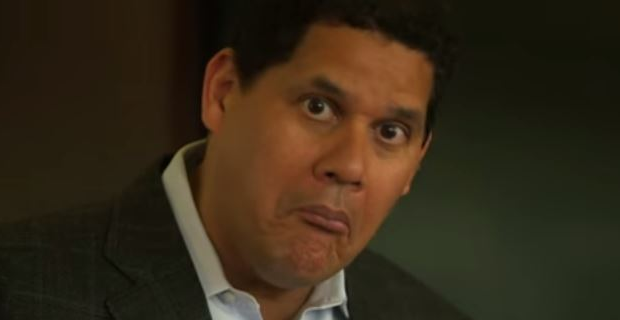 Well, I’m waiting for some games to download so I best get cracking this one out.

Whilst I am okay so far with what the Nintendo Switch is and does, that doesn’t mean it hit all the right notes for me. Truth is, the Switch Event was still rather conservative and muted, but that’s stylistic in nature and perhaps more a cultural issue in reality. And then there are some things that simply aren’t good enough, don’t make sense or just left me cold. The Nintendo Switch may have already sold out, but if the machine wants to have legs, for me it has to address the following problems.

And these are big problems too. Huge, hulking brutes of problems that will take a pretty hefty amount of work to topple. Good luck Nintendo. You’re gonna need it…

I’m not surprised or have any issue with Nintendo offering a premium online service. I don’t mind a small monthly subscription for it – what’s good for the goose is good for the gander, as they say, and if it’s okay for Sony and Microsoft to charge a nominal monthly fee for access to a “premium” online service (Dr. Evil bunny-ear quotes there considering I think PS Network in particular is infuriatingly unreliable) – then we can’t be shocked, surprised or cross when Nintendo decides it is time to follow suit. Hey, I thought we –wanted- Nintendo to follow the industry!

That said, the perks so far for this service, compared to what Sony and Microsoft offer, are incredibly underwhelming. One single NES or SNES game each month? And we don’t even get to keep the game beyond that month? Come on Nintendo! We all know that’s not good enough, and I think deep down even you know that’s not going to be good enough. Access to a NES, SNES, N64 and Gamecube/Wii game each month? I’d understand – it shows commitment to bringing more to the Virtual Console. But also, many games can take longer than a month to play through. So you’re going to annoy a lot of people there. Bite the bullet and let people ‘keep’ those games – even if it’s only as long as the subscription is active. Works for Sony, after all. As for additional extra functions, we’ll have to wait and see – but Sony and Microsoft have very well established platforms now, and Nintendo has to equal if not better them. So far, we’re not seeing much evidence of that.

Look Nintendo, I know this is hard for you. I know you’ve been burned with some things in the past – but voice chat through a console is now a thing we expect. It’s not hard, it’s not complicated and it’s not negotiable. When you’re playing a multiplayer game – particularly a co-op game like Splatoon 2 in the future – what you want is the ability to communicate with people in real-time. And yes, some people are terrible sweary shouty types and many of those people happen to be pre-teens who wouldn’t know what to do if an attractive woman/man came up to them and sat coquettishly in their lap. And that’s what a silence/block/ignore function is for! I mean, I know Twitter seems to pretend this is hard to do but really, it’s not.

Keep everything that is necessary and important on the Switch, and don’t assume for whatever reason people will be happy to use additional devices in order to access basic functions and features. Miiverse was great – and Nintendo went the other way, getting obsessed about making it work on everything. Nintendo needs to pare this back and make sure everything that is needed on the Switch is on the Switch. And hey, as for kids – that’s what the Parental Controls app is for, right? (Also, that’s a great idea and it was communicated in detail with humour to boot, so y’know… smartphones do have their place. Just not the voice chat!)

This is probably for many the really big elephant in the room. We’ve heard a lot about third-party support for the Switch, of course, but aside a few choice reveals – there’s surprisingly little confirmed or that has been showcased.

I do understand that Nintendo wanted, at least, to showcase what it could commit to between now and the end of 2017. In truth, Nintendo has an enviable list of games coming out this year and I doubt we’ve heard the last of first-party games (with Reggie teasing Metroid and Mother/Earthbound announcements). But we expect Nintendo to have good games. What we don’t expect is third party support, and frankly that was a killer hook that Nintendo left for a showcase reel towards the end of the show, only stopping to focus on Evil Associates and FIFA in any real, meaningful capacity – and we all know how transient EA’s partnerships can be, eh Nintendo?

We heard talk of Dark Souls, Beyond Good and Evil, Assassin’s Creed and more in the last few weeks. You mean you couldn’t actually convince any other company to showcase an actual, honest-to-goodness new game for your big Switch reveal? That’s… that’s a serious problem, even considering E3 is coming and most third parties will want to control their own message. The next few months it will be critical that Nintendo pushes some of these third-party partners and gets them naming games and committing to the Switch. Tighten the thumbscrews, kidnap their dogs, use a proverbial Sword of Damocles – whatever it takes to get some of these rightly timid (considering the state of the wider console market) third-parties out into the light of day.

… AND THE BIG NINTENDO HITTERS TOO.

We got some big hitters coming this year – Splatoon 2 is a big thing, Super Mario Odyssey is a big thing, Xenoblade Chronicles 2 is a big thing and Fire Emblem Warriors could be a gigantic, overwhelming thing (I know people who are loving that concept a little too much). But whilst these are big hitters, they’re not Nintendo’s biggest hitters – at least, not when it comes to nostalgia-riddled people and the cool crowds.

We’re talking things like Metroid. We’re discussing cult classics like Eternal Darkness, or games like F-Zero and Wave Race which we’ve been waiting ever so patiently for for a while now Nintendo. We’re talking that Mario RPG you have in the works, apparently. The one that mixes Yoshi’s and Rabbids together (which sounds like an absolute riot!). And what about Pokémon? You know, the Pokémon thing Gamestop already leaked by accident? And there are plenty of major 3DS successes – Professor Layton, Animal Crossing, Tomodachi Life, Story of Seasons… where were these games, Nintendo?

Look, I’m about to say something rash and reckless. Even if they’re not going to be ready before end of 2018, you need to start telling us they’re in the works. Blame KickStarter for us being okay waiting years and years for games to come to fruition. Right now, you need to be telling people that everything they knew and loved from the past is coming to Switch. All those franchises will be represented. That’s how you hook in more people – they’ll come when you give them the games they want, and you do have the games they want. Even if third parties do eventually/inevitably shaft the Switch (dwa), you have massive brands that are proven successes. Third parties want to go shift a million or two million copies of a game on PS4 when Nintendo can shift 5+ million units of Tomodachi Life? Let them. They’re the ones who’ll miss out on the larger, more committed audience.

Third parties fill the ballroom; the Nintendo brands are what keeps the ceiling up, and the Switch could do with some foundational reinforcement.

LASTLY… BRING ON THE INDIES!

If there’s one thing I can say about my PlayStation 4 is that it does get used, and used a lot. The downside – or upside – to that is that this predominantly comes from the range of indie games on the system. Big-budget fare has proven to be a sore spot the last few years, but filling that void have been a raft of fantastic indie developers who have been unbelievably solid in their commitment to offering a range of games, genres and challenges for all people and all ages.

Third parties are going to be increasingly more wary, particularly if software and hardware sales don’t start picking up again significantly in the next year or two. In truth, this is likely to hurt Sony and Microsoft far more than Nintendo – hey, Nintendo has a huge list of first-party franchises on which to draw from. Sony and Microsoft don’t have nearly the same pool on which to draw from, which is why for them third-party support is so critical – without it, their release schedules would be pretty damn barren too! Still, if worst happens, and big publishers and developers start to lost confidence, then Nintendo will need to find an alternate source of content.

This is where indie developers must come in and fill that ballroom I mentioned. Sure, it’s great to have a few famous faces in the crowd, but if Nintendo want to impress, then volume of content seems to do the trick (just ask Valve, after all, they don’t seem to care who comes on Steam any more). Affordable content and great new indie titles should be fantastic, particularly as many seem to have a very soft spot for old Nintendo-style games. Give them a chance and I’m sure they’ll do Nintendo proud, whilst perhaps reaffirming how increasingly out-of-touch some third parties have become to their audience.

Thing is, we didn’t see much. And for a system with full UE4 and Unity support, that’s a worrying sign. Nintendo needs to be shouting about its indie support from the rooftops, on lush open fields even (“The hills are alive with the sound of video games…”). In Times Square, on the Six o’Clock News. Hell, if I was to do a top twenty best games of 2016 list, three-quarters of it would probably be indie fare. This is where the real magic is happening. This is where Nintendo wants itself to be, right now, in the thick of it.

Hopefully Nintendo has a Nindies Event planned soon, because even if third parties don’t want to commit – I’m sure a lot of indies would be thrilled at the opportunity to work with Nintendo. And for a hybrid console that can be taken on the go, Nintendo may have to concede indie games will be the de-facto thing for on the go gaming. I love the idea of Zelda on the go; but not at a 2.5 hour battery life, thanks. Bring on the indies, let them bloom, and watch as it becomes impossible to ignore the Switch, even if some big-name third-party games don’t end up on the machine…

I know some people might have expected me to be more angry at battery life and novelty value, but battery life isn’t unreasonable and any new console needs novelty (hey, what do you think VR is selling on?).

These are the critical issues, and yes, most of it comes down to GAMES. Nintendo needs to reaffirm our faith in the Switch with games; more games, more games than we can possibly stomach. That’s what it needs to nail. Be bold, be brave and start detailing what’s coming beyond 2017 too. Don’t dawdle.

Even I’m willing to cancel my pre-order if you screw up.

So, Sony Music Has A Game Label Now.

The Casualisation of A Core Market?