So, here’s the thing.

I wanted to get Nioh, not merely because the idea of a Souls-like game set in an Onimusha-style Fuedal Japanese setting brings me to a touchless climax but because as a Souls-like fan, I’m all for wanting to see where this relatively recent sub-genre is headed to next and what if anything newer entries into the sub-genre are bringing to the table, seeing as Dark Souls 3 decided to bring something between Jack and Sweet F.A., to my increasing annoyance with the game. Capital, so let’s just buy the game. Let’s see what Nioh costs on the Digital Side of things, surely can’t be too expensive right? Right?

And I got frustrated by this, mostly because looking around at online shops for physical copies showed up a major problem – physical copies are still, in 2017, despite needing more materials and manufacturing costs factored in, significantly cheaper than buying something digitally for games consoles. The extent of the problem? Well, here’s a run-down of the prices I found with just a few minutes of searching, and I’m actually going to give the percentage lower than the digital price to boot, just to iterate why this is lunacy.

And so on. On an average, the price for a physical copy of Nioh – perhaps one of the best games on the PS4 this year so far – is 25% cheaper than buying it digitally.

Of course, Sony isn’t alone in this and it doesn’t take much effort to see how utterly ludicrous this is, particularly if you check for newer releases on Amazon who display both the physical version and digital code costs side by side, often with digital games being as much as 33% more expensive. Yup, if you want to buy a game digitally so that you can never trade it in and know that it is with you always and forever, you’re paying even at the most modest increase around twenty percent MORE for a digital product.

Why is this? I mean, sure – convenience can come at a premium, but for most games you can order a game and have it dropped through your letterbox the very next day. If you pre-order a game (why?), then you can be pretty damned sure that game will be with you on the day of release, if not in some cases a day or two before they drop as some stores try to err on caution with delays with Royal Mail. Paying a quarter as much of a game I know little about just to have it with me in an hour or two, when I could save £13 on a game by just waiting until tomorrow morning when the mailwoman comes around – yes, my regular mailsperson is a woman and she’s a nice person – just doesn’t seem to make sense.

Particularly when you consider a few key issues with digital.

First of all, digital space comes at a premium, so we can’t just always download these things – we’ve got to save space on our hard drives for those day-one patches and save files and DLC and the like. Secondly, physical copies are by nature more expensive to produce as they require materials cost for discs or gamecards, plus packaging and printing costs, plus shipping and handling costs – so how any digital store can justify being any more than £10 more expensive than a physical retail copy in this day and age frankly baffles me.

And the really big elephant in the room is that a lot of games of late have been disappearing from online stores, not because they’re out of date or broken, but rather because licensing arrangements and agreements expire meaning that the digital version of the game cannot be sold until such disputes are resolved, and sometimes – they’re not.

Here’s a story I didn’t tell you last year. My niece wanted Pokémon Moon (because I got Sun) and so she was taken to her nearest GAME store to get a copy of the game. Excellent, an eight year old girl wanting a Pokémon game, how could any store want to screw over a nice little girl? Oh, they did. Turns out, they ‘didn’t have’ any physical copies to sell her (except that was a load of B.S. and I knew it) – so instead of getting a £34 physical copy, my sister (the mom) was sold a digital code at £39.99 – not only was this about 17.6% more expensive for a girl who’d been saving her pennies for the game, but it also meant she had to wait until she got home and then waited for the game to download before she could play it – when if they’d sold her a physical copy, she could have been playing that on her way home and not been sad about having to wait.

So stores are pushing digital codes, more and more, years after they were pissed at the whole PSPGo! thing – and there’s no secret behind it. They print off a code, and they get a larger portion of profit per sale of these games than they’d get from physical copies. Coincidentally, my sister now orders more stuff online in the wake of GAME screwing my niece over than she ever did before, so good job GAME. Well done you, you drove a customer away. What’s that, you’re in the financial poop again? Well gawsh, I have no idea how that could possibly be happening! No, I’m not being sarcastic, I’m deliberately taking the piss…

We’ve had a good start to the year but if there’s one thing that has been at the forefront of at least my irritation with video games in the last few years, it’s the discrepancy between digital and physical releases. You see, I’d actually not mind going digital – for PC Gaming, we’re already mostly digital, but PC Gaming is cheaper (and when games aren’t, you just wait for the Steam Sales to kick in and save a ton of dosh!). Console gaming still comes with a premium compared to PC and Smartphone gaming… and you’re honestly surprised over the last few years sales have been dropping in the gaming market for consoles? Really?

A digital future has to be in line with retail. What’s the point of downloading, say, Breath of the Wild at £59.99 on the Nintendo eShop when I can get a copy of the game physically for £44 – that’s a 36% price difference, more than a third cheaper! That’s £16 you can spend on food, electricity, bills or whatever other vices you have (hell, it can even buy you an indie game or two).

More than that, it’s important considering some games are coming out which aren’t doing so hot – see user review scores for Mass Effect: Andromeda (ouch!). A physical copy, you can trade in or sell to a shop and get maybe £10 or £15 back from your £45 spend, but a £59.99 download code? Congratulations! You paid 33% more for a game and now you’ve realised it sucks, the most you can do is just delete it. Well done, that’s money down the drain, awesome!

Point is, I’d like to buy more digitally. I would, because hell, I’m disabled and sometimes I’m awake at night thanks to pain and insomnia and it’d be grand to just download a game I’ve got a hankering for. But I’m not paying 20-35% more for a game in that instance. It makes no sense to me anymore – stores now sell the digital codes too. You can have them compete. You can compete. You SHOULD compete on price, and we should be more inclined particularly in sales to want to buy a game. But if I’m immediately checking to see if the physical copy is cheaper still – well, what’s the point?

Digital copies generate more profit, but this despicable and I’m of the mind now it is pure greed. Sure, it’s the RRP, but that’s clearly malleable; no store adheres to it, and we already know from The Last Guardian to Street Fighter 5 that when sales drop off sharply, you can and do slash the RRP. Grasping for profits in the opening window used to make sense, but in this modern market, more of us are choosing to wait and see before throwing our cash your way.

My point is this – if you want a digital future, games industry, you’ve gotta pull up your big-boy – or girl, I don’t mind – pants and accept that I’m not going to give you £60 of my money when I can get a physical copy from a middle-man for as much as £20 less. This makes no sense. You lament that digital sales are growing slowly – but don’t seem to understand the best way to drive those sales skyward is… to make them cheaper and competitive with retailers. And to make sure that the games cost scales as prices drop too – far too often I find a game still at £50 or £60 when shops are pushing brand-new copies at £20 to £30.

A digital future has to be cheaper, because physical media will never go away as long as you keep handing it a cost advantage that doesn’t even make logistical sense in the long-run. And I will not buy a game digitally if I can find a physical copy that is 20% cheaper or more. I like my video games, but I also like to eat and £15 can net me several days worth of food.

And if the game is getting hammered, no way I’m touching the game. It’d be hard to convince myself at £30, but at £60, I’m not even going to deign to give you a second glance… 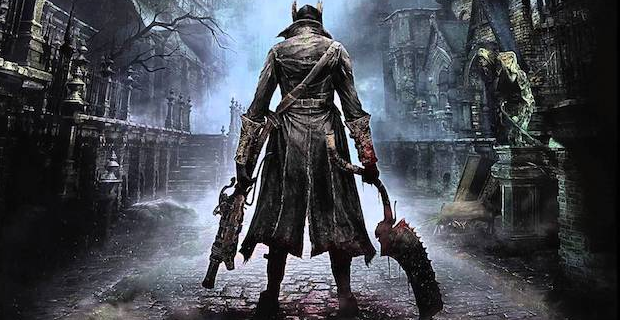