It’s very easy for us to get bogged down in semantics.

When people say the Nintendo Switch needs third party support, they’re of course absolutely right. No console today is an island and despite the current success of the Switch, and having the estimated sales volume across the next year upped to 14.5 million units (which would incidentally mean the Switch would sell in a year what the Wii U did across four years), there’s of course an element of doubt. Nintendo has an historically fractured relationship with third parties, which is both good and bad for a company in Nintendo’s current position, and whilst kissing and making up does net some astounding results – it also has left many out in the cold, unable to find a way in to the Nintendo scene.

I do believe strongly that the Switch needs third party support, and third party games. There’s no doubt in my mind that for the machine to be a success, it needs much more than Mario or Zelda, no matter how strongly those franchises tend to perform.

Thing is, people will think that means I want recognisable brands – and whilst Assassin’s Creed, Call of Duty and Resident Evil would all be awesome to have on the Nintendo Switch at some point across the next year, truth is… those kinds of brands aren’t as important for Nintendo. Historically, people have always bought that kind of franchise-fare on Sony and Microsoft platforms not out of spite to third parties, but because – and this is going to get me into all sorts of arguments but here goes – Sony and Microsoft have much larger gaps in their internal studio releases, and rely much more heavily on those third-party games.

Nintendo puts out enough games across the year that it always has something on the go, something to show off – and the first year of the Switch is no different. We’ve got Zelda: Breath of the Wild which has been an unparalleled success, Splatoon 2 trying to recreate the same spark the original game did, ARMS – which the more I see of it, the more I think it could be a damned fine addition to the fighting game genre, Xenoblade 2 to keep JRPG nuts happy, Mario Kart 8 Deluxe which is correcting the most glaring omission from the Wii U version – yes, Battle Mode, Super Mario Odyssey and there’s no doubt Smash Bros. Switch will soon be a thing, and anyone who was around during the DLC year knows how big the Smash reveals were (heck, channels basically built themselves entirely on live reactions to those videos on YouTube!).

So when it comes to franchise fare, the Switch is probably always going to be the smaller market – that doesn’t mean that it shouldn’t be done, of course, nor that I don’t want to see it. Merely to point out that logistically, Nintendo would have to pare back its release schedule significantly – which they did with the first year of the Wii U, which we all know went so well (ahem, sorry, sarcasm not a good way to do that…). That makes no sense to anyone, least of all Nintendo. Why not release games that could be shifting consoles and making profits? I mean, it’s not like companies can afford to do that oh hey UbiSoft sorry I didn’t notice you back there. Ahem.

People think that seeing FIFA or Call of Duty is the yard stick of confidence from third parties; but it really isn’t. FIFA and Call of Duty and their ilk shift enough units that the expense on a Switch version can be subsumed by the profits generated on other platforms. There is no risk in these things; only numbers, and as I stated, those numbers are unlikely to be huge on the Switch. They may end up being good – or equal – to other platforms, but it’s not going to magically make the Switch look any better (or worse) than the competition.

Ports are not risks and in truth, most of the names being bandied about right now may not even be that commercially viable on the Switch.

Let me run through the brands already being mentioned heavily; Resident Evil 7 may be an impressive technical showcase for the Switch, but most of us have already played it on the PC, PS4 or XBox One (and already got bored of it). Dark Souls Trilogy sounds good in theory, but that’ll be far more for die-hard fans and truth be told, I’ve platinumed all three Dark Souls games on my PSN account and invested hundreds of hours in those games – if they’re just ports, why would I want to spend hundreds of hours re-playing games I’ve already effectively polished off? Tekken 7 has been mentioned and its producer over at Bandai-Namco, Katsuhiro Harada, has said they haven’t yet looked into it – but you know as well as I do they’re at least considering it.

These games will come months, if not years, later than launches on other platforms – and given there is a lot of cross-over between gamers owning multiple consoles, what exactly do we get from buying ports of games we have already owned for years, played to death and moved on from? Sure, there may be a die-hard Nintendo-only audience out there, but that kind of market is going to be incredibly small – my guess is it’ll barely push a couple hundred thousand people all told right now, and if you ran this by any sane marketing department they’d laugh and call you crazy. It’s not currently a sustainable market, and I’d wager there’s little money in pushing ports of this nature on the Switch so early on in its life.

So no, sorry Port Fanatics but your market is on another console. What Nintendo needs from third parties are new franchises and IP.

Which is currently a real problem for the Switch – the only one I can think of, of the top of my head, is the Square-Enix RPG Project Octopath Traveller. And it looks great – don’t get me wrong. It also doesn’t look like the kind of game which will push the hardware much either – a two-dimensional side-scrolling RPG with pixel graphics? Yeah, that’s not exactly ground-breaking stuff for a piece of hardware like the Switch. No-one else seems to have the courage or indeed, the commitment to reveal anything truly new or interesting for the machine; and when you consider historically Nintendo has always had a few third-party aces up its sleeve like Zombi-U and Red Steel, or the Resident Evil Remake and Resident Evil Zero, the lack of that currently on the Switch is noticable by its complete absence.

Yes, I’d like to say E3 2017 will alleviate this. I’d like to, but truth be told, I don’t think it will. Nintendo and third parties will resort to names and brands already established – but if the Switch versions come months after other platforms, even I’d argue there is little to no point even wasting the calories it takes to breathe in discussing those things at a huge trade show like E3. They’re not selling points, they’re basically using the Nintendo event to publicise games on other platforms and that… that’s a kind of stupid that even Nintendo haters would say is a bit far-fetched for Nintendo.

New IP and franchises, even modest ones, would show at least some faith in the Switch as a platform. And it’s not like that would be a terrible thing; Nintendo are masters of the middle-market, after all, and they positively revel in the experimental, the left-of-field and the quirky and niche. This is the kind of platform which, with its quirky hybrid ethos, could be quite the zinger for oddball things like UbiSoft’s Valiant Hearts experiment, or things like Nioh – not the exact games, but the principles behind them. Offbeat, interesting and gamer-focused fare would certainly establish the Switch far more strongly as a proper games console, rather than us always bringing up the novel hardware behind it.

This is what Nintendo has to start doing for me. I like the Switch. It looks good. It’s fun. It’s a decent bit of hardware. But if it just ends up another Nintendo-only affair… it’ll be good, of course, because most of what Nintendo does is good (I said MOST, not all). Pokémon will keep Nintendo relevant for years. It’s just… the Switch could and should be so much more and it won’t be if third parties aren’t committed to the principle of the machine. If they don’t feel they can take risks on the Switch… then no-one will, and that’d be violently depressing. It’d also mean that they’ll find their content continually going everywhere but the Switch, and as we learned with the Wii U – that’s never a good look.

If third parties want to be taken seriously on the Switch, brutal truth is they need to think about what they can do with it. Ports aren’t going to fly; basing your future projections of a machine on a market that is always going to be incredibly small is ludicrous by any definition. If unique third-party stuff doesn’t fly on the Switch… well, that’s a bridge we’d have to cross when we get there. But they have to consider that if they are going to make any money through Switch software… that software has to be tailored for the kind of market the Switch is invariably pitched at.

FIFA and Tekken will only get third parties so far. Eventually, the question will be asked – is anyone other than Nintendo prepared to take the Switch seriously? Does anyone have faith enough in its potential market to try and cultivate new and exotic species of game inside its walls?

If the answer is no… then the Switch is already in danger, and that’d be a really damning result for Nintendo.

Pokémon Switch – It Can Wait Some More 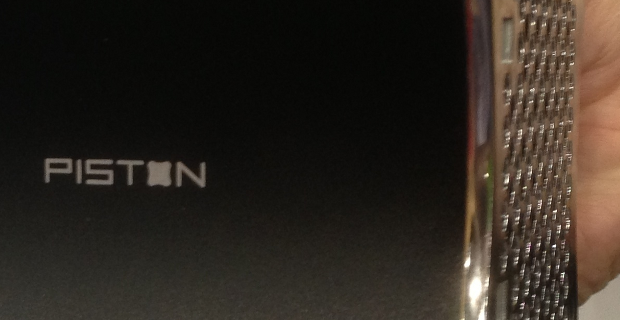