So, Nintendo have detailed a little more about their premium online service.

It’s surprisingly sound – at $20 a year, it’s considerably cheaper than its rivals and if the games collection they offer can include a solid, varied and cultivated array of good retro classics from multiple console generations it might even cast some much needed shade on the terrible way Sony goes about it on PS Now! – not to mention that they’re not going to actually start charging Switch owners for this service until some time in 2018, which means we’ll have ample time to see where Nintendo is going with this service.

The elephant in the room however is its decision to put voice chat on a mobile app and have you use that, rather than doing it directly through the Switch itself.

In some ways, I concede this was more down to bad design decisions than any actual malice or misintent. The Switch unit, when docked, will no doubt be sufficiently away from the player to justify any corded arrangement and even outside the dock, you can be sure having both a background app running and the headset itself is going to contribute to a drain on the battery life, which in some games still remains only in the region of two and a half hours when undocked. Nintendo didn’t think about the voice chat functionality until perhaps after the Switch was built – which, when you’re coming in from the 3DS and Wii U that had a microphone built-in as standard, is a catastrophic decision to rival Thief 4… or Mass Effect: Andromeda.

That said, I think there -is- an actual way for Nintendo to work around this limitation and not have us rely on our smartphones for something that we were enjoying as a standard in its last couple of hardware iterations, particularly in the home when docked but also possibly when undocked too.

My solution is built around the Switch Pro Controller – yes, I know, it does not have an audio jack. But what it does have is a USB-C connector, and a significantly more robust and solid battery life than the Switch unit itself. It’s on top of the Pro Controller and it’s perfectly accessible, and it doesn’t take a genius to see where I’m going with this. How about… and I’m just thinking out loud here… we have a headset that plugs into this slot, and we talk through it that way?

USB Type-C headsets already exist, particularly in the world of smartphones. Would Nintendo need to update firmware or modify software on the controller itself to allow for such functionality? Sure, that’s a given, but it is an option and one that most people seem stubbornly resistant to laying out for Nintendo.

This allows for two things in my eye.

The first is that it gives people ample reason to buy a bloody Pro Controller, if they didn’t already have a good reason already considering how good the thing is. It would make the Pro Controller a necessary component for the Switch, and whilst people will roll their eyes at the idea of selling a necessary piece of proprietary hardware separately let me humbly and modestly remind you of a little thing Sony did for years called memory cards. That cost as much as games. You’re welcome. This is not a new thing and it’s not even a thing Nintendo has done worse than its competition, considering how much of a pile of crap the DualShock 4 is (I’m on my third and it’s already got issues, the DualShock 4 is about as robust and reliable as a chocolate teapot). Nintendo would be able to shift more pro controllers, and even bundle headsets and pro controllers together if it was so inclined.

The second is that it takes the stress away from the Switch unit itself, docked or undocked, by utilising the battery of the controller rather than the battery of the actual system itself – you know, like the XBox and DualShock controllers do. It means you could have software running on the Switch, or in the headset, that connects up to the voice chat service without putting huge resource strain on the Switch and its power consumption, and it also means at home – like the competition – you don’t need to faff around with wires or apps or your phone. I mean, removing the Wii U Gamepad from the equation here, who honestly thought Microsoft Smartglass was a good idea at the time? Adding unnecessary layers to your functionality doesn’t work, and Nintendo more than most should already be painfully aware of this reality.

It’s not complicated and I’d say it is alarmingly easy for Nintendo to fix. I don’t know or care much about the app right now, because like most it seems almost gratuitous in its complexity – but when you’ve got such an obvious avenue there that could posit an actual solution in the long-term, I start thinking maybe Nintendo needs someone with a stick to slap them with from time to time when they miss the obvious and most simple solution to their problems.

Even if you consider the probability that current Pro Controllers might not be able to have such a functionality upgrade through a simple firmware update… would it really be difficult for Nintendo to offer a revamped Pro Controller that does offer this functionality? I mean, call me crazy, but if Nintendo allowed us to send in our old ones to get a new one at a discount… I’d consider it. Or I’d perhaps keep the old one as-is and have another one for two-player co-op gaming at home that doesn’t involve the JoyCon. Sure, it’d be a little temporary embarrassment, but that would be over in a relatively short space of time. Long-term, they’d create a peripheral that is essential, functional and comfortable to use and make money from it, particularly if they sell it as a bundle.

The other solution around this is to use the Pro Controller as-is, and have an actual wireless connection from the headset to the Switch that again, utilises the basics of the USB-C hole as a power source. It’d be more expensive, but you could also attach the thing to another empty USB-C source and utilise it that way. So you could in fact use it without an actual Pro Controller (hell, you could even utilise your smartphone as a power source in that situation GASP Illuminati confirmed etc.) – we know that some bluetooth devices can connect to the Switch, so why not headsets? Just use the Pro Controller and its pretty damn good battery life and go from there. We’d have to charge it a little more – but considering my DualShock 4 loses power even when turned off whereas the Switch one doesn’t, I’d suggest most of us already habitually keep controllers connected overnight for the purposes of charging anyway.

My point is – there are options here, valid ones, that work around actual limitations of the Switch itself. I get that the Switch isn’t perfect – no console is, and I’d like to insert my now-dead DualShock 4 controllers into a Sony executives most sensitive portions – their wallets, I’m figuring. But whilst people get worked up over the My Nintendo Mobile App, they’re reticent to actually posit solutions. Mostly because in such situations, the commentators and journalists are more interested in another stick with which to beat Nintendo rather than utilise the Divines-given gift of their intellect to talk about practical solutions, preferring hyperbole in order to rile people up for cheap clickbait.

I’m a prissy little blog on the arse-pimple of the Internet. I don’t care. This is how I’d see Nintendo sensibly and perhaps even cheaply getting around their own in-built limitation. You can argue it’s not ideal, and I’d agree, but it is an easy out for a company that should have known better.

You had the smarts to use industry-standard connectors, Nintendo. So now’s the time to put that foresight to good use. 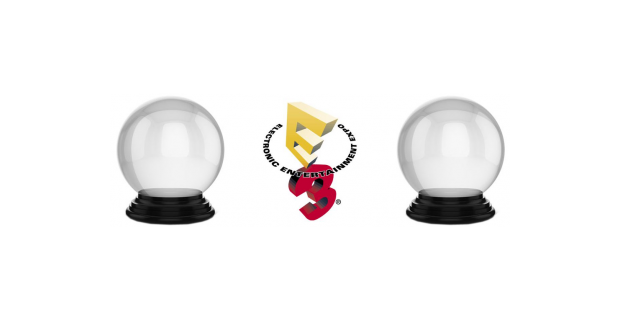 Apathy Is Death: My Last Word On Loot Crates

Creation Club – It Grinds My Gears…