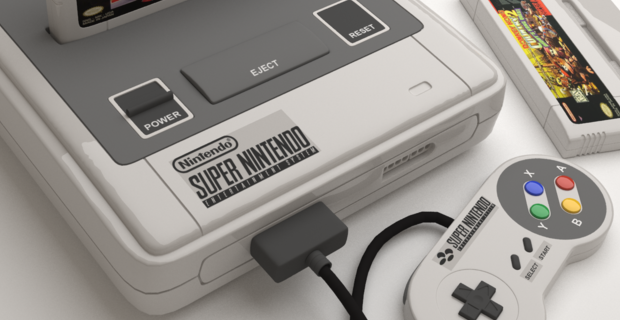 So, you might have seen a few mutterings around the Internet lately for the SNES Mini.

On the one hand, you can kind of see the angle for this that makes sense – the NES Mini was a runaway hit last year, and Nintendo couldn’t make enough of the damn things. Undoubtedly, there’s a lot of desire for these kind of niche retro-style machines both from a gameplay standpoint and as collectables in their own right. The NES Mini made Nintendo an awful lot of money for comparatively little effort, and that’s kind of cool – it’s free money essentially for Nintendo, and free money certainly will help bolster the Switch and the online service which is now coming in 2018, at least in its paid form.

On the other hand, the timing is awful and to me suggests this would be a terrible idea.

Reality check time; the industry has a problem, and it’s a pretty serious one. There is a shortage of components available, particularly on things like NAND Flash Memory and LCD Screens. What that means in its most basic form is that demand is outstripping supply, and therefore many of these components are becoming significantly more expensive to purchase in bulk – meaning that it is bigger companies who can afford to blow a little more on their profit margins who will be able to procure the best deals – which in the current climate would be the likes of Apple and/or Samsung (though most blame Apple, because reasons). This means that the Switch is going to be constrained by what parts are available to Nintendo, and one can perhaps argue now with the benefit of hindsight that this is largely the reason the NES Mini production run had to end – it’s not the demand, but problems with the supply as the NES Mini used flash memory which is currently seeing supply problems.

Rather than cut deeply into their profit margins, or even start cutting into parts supply intended for the Switch, Nintendo chose to let the NES Mini go.

A SNES Mini would run into the exact same problem; where are these components coming from, if not from the same pool for which are intended for the Nintendo Switch? Nintendo is going to be straining itself to buy the parts to meet demand for the Switch, with many now predicting as much as twenty million Switch units turned out by the end of March 2018. Odds are that Nintendo has a supply channel for this sort of thing already negotiated, but therein lies the million-dollar question; does it shirk on, say, one million of those units just to produce a limited run of SNES Mini machines? Or does it look for another supply avenue, which might come at a significantly higher cost, particularly if Nintendo doesn’t exactly want them in huge numbers?

Right at this moment in time, the Nintendo Switch is a massive deal for Nintendo. There is a lot riding on it, and Nintendo – to their credit – have at least tried to be conservative in their figures for the coming year. Which is fair if component shortages are prevalent enough to make production of the machines somewhat unpredictable at this moment in time. Somewhere between twelve and twenty million units in the first year is a nice thing, but that’s still a huge variable of eight million units currently up in the air.

The NES Mini, as I’ve said before on this blog, was a nice stop-gap between the death throes of the Wii U and the starting block of the Nintendo Switch. It was an interesting hardware novelty and collectable objet d’art at a point where Nintendo really didn’t have a lot going on in the home console space – I mean, what, did you think it would push Wii U consoles again? Not only was it a desirable piece of kit, and not only was it financially sensible, it also kept interest up in Nintendo themselves – it was good marketing for the upcoming Switch, keeping the company in the headlines.

With the Switch on the market, a SNES Mini makes less sense. It would detract attention away from the Switch – which is doing great in sales right now – alongside potentially robbing the Switch line of components to try and meet demand of those units. Sure, Nintendo could make money from it… but they could make an equal amount on Switch sales, surely?

Not to mention the fact that I personally think SNES games should be coming to the Switch sooner, rather than later. The Neo-Geo lineup as been pretty good in the weeks since the console launched, but there’ll come a point where the gems start to dry up and the machine will need some stronger retro content. Hence why we’d like to see the Virtual Console back proper on the Switch – SNES, Mega Drive, N64 and hell, I’d even go for some Gamecube and Dreamcast ports (there are plenty of classics from the era that deserve a re-release). This not only fleshes out the Switch library with games, but it is also marketing for the Switch – we have SNES games! N64 games! Gamecube games! Come and play them all on Nintendo Switch!

A SNES Mini means, arguably, Nintendo would delay some of its stronger releases to keep them as exclusive and marketable as possible for the SNES Mini. Switch owners will probably find that a hard pill to swallow, preferring it on the main stage rather than on a sideshow attraction.

The SNES Mini could have made sense last year, but right now – between needing to shift Switch consoles to shore up third-party support and an industry-wide components shortage – it just doesn’t look viable. It would be a compromise when none needs to be made; a machine whose sole purpose for existing should be one of the arms selling the Switch. Sure, I wouldn’t doubt that Nintendo would shift a lot of SNES Mini units. But wouldn’t they, I don’t know, prefer people to… uhh… buy a Switch instead right now? Considering this is their big draw on the market at this point in time?

But perhaps the point isn’t the actuality, but the threat.

Microsoft clearly sees the idea of a SNES Mini as an issue – alongside the Switch itself, which is kind of adorable and tells you that the Switch has the industry in a bit of a flap right now. Many analysts are creaming their pants over the concept because it’d be a complete unknown – a left-field thing. The mere suggestion of a SNES Mini terrifies all the right people and confuses and confounds all the know-it-all analysts who see things purely on a simple numbers level. It’s a bogeyman; don’t mess up now, games industry, or the SNES Mini will come through your window!

It’s just an extension of the NES Mini. It’s a thing that in reality shouldn’t have worked – emulation is a thing, you could buy a lot of these games on the 3DS or Wii U anyway and it was actually quite pricey for what amounted to a small selection of games around thirty years old at this point. That it became such a big deal is the surprise in this – pitched at the right time, with the right kind of novelty value behind it, more people wanted a NES Mini than… heck, most of the mainline consoles. It’s weird, and I’m not going to try and justify it – only that it was a big deal, and its production end was equally a big deal.

And now some parts of the market are getting their g-strings into a tangle over the idea of a SNES Mini. What if it’s just as in demand? What if production lines can be fixed? What if it flies off shelves when we’ve got something out there? What if, after what if. The nostalgia value is strong, the novelty value is strong and if the ROMS on the machine are good – Yoshi’s Island, A Link To The Past and so on – it’s got quality content sewn up too. It would be desirable. Very desirable in a period where nostalgia and novelty seem to be strong markets.

I don’t see it happening unless the components shortage is dealt with first, though. Analysts get fixated on what money could be made – but in practical terms, right now, Nintendo needs those parts and those supply lines to make as many Switch units as is humanly possible. If they drop a Pokémon bomb on us, they’re going to need as many Switch units out in the wild as they can get because that is going to make the console the most in-demand thing for months (in the same way a limited run of Monster Hunter XX Switch consoles sold out in just over an hour). This should be their focus right now. Keep up with the demand for Switch units and don’t get sidetracked with other stuff.

That kind of retro chic is timeless, and can wait until the market can meet the demand for parts more sufficiently.

A Lie of Epic (Store) Proportions?