So, Project Rap Rabbit is about to fail to meet its KickStarter goal.

That’s kind of sad, in a sense – Parappa the Rapper was a quirky thing from the past and it wasn’t that bad in a world just coming to terms with video games as a true mainstream entertainment medium, and Rap Rabbit is kind of in the same vein – and I’m all for quirky and vibrant games in an era where 4K and VR are homogenising everything into a brown-and-steel mush of first-person nonsense. Why wouldn’t I at least vocally support a KickStart project that is the antithesis of modernist video game tropes?

Well… that might be down to its original, highly egregious stretch goal for the Nintendo Switch. Originally, the stretch goal was set at £4.95 million – later reduced to a still fairly outrageous £1.5 million (of an £855k goal).

To understand why this was such a poor move, we’ve got to dig up the Wii U again.

The Wii U was a cluster of fudge brownies, to be sure, but the worst part for owners of the Wii U was primarily the lack of software. Third-parties had abandoned it and even some indie projects were starting to look a little shaky – but, in true determined fan grit, owners of the platform banded together and looked for their own solution in lieu of an official Nintendo response. Their solution was simple; KickStarter. Fund games in development and manipulate the creators to make a Wii U version, either because they’re now legally compelled to or out of a sense of emotional gratitude to the Wii U audience for actually helping to fund the projects.

Weirdly, it worked. It worked so well that stretch-goals started appearing in newly-announced projects; first it was small sums, but when it was obvious the Wii U and Nintendo audience was throwing their money at anything even vaguely promising a Wii U port, stretch goals started to creep higher and higher, ending up with quite astronomical figures at times asking for many, many times the original goal in funding. KickStarter projects found themselves in an unusual position where they could almost bank on the content-starved Nintendo audience to be grateful for any table-scraps thrown their way, and expect them to pay for the privilege.

It was so alarmingly reliable that even projects well into their crowdfunding were, the moment they caught wind of any Wii U interest, adding additional stretch-goals to entice in that market and their money.

Project CARS spent years hyping up a Wii U port – only to eventually concede there had never even been one, and that they had actively lied to the Wii U audience all along. Yooka-Laylee ended up moving to the Switch, as have a lot of other projects now realising that the much more cost-effective Switch platform, with total support for Unreal Engine and Unity, is likely to sell the entire volume of Wii U sales figures in a single year. Some even went as far as to just outright admit the priority for a Wii U port was low to non-existent, that they might work on it when they’re done, maybe, possibly, if the planets align somehow. You have high-profile disasters like Mighty No. 9 bricking Wii U consoles. The long and the short of it – remarkably few of the actual KickStarter projects promising a Wii U port of their game actually ended up doing so. Those that did should feel good about their honesty. A rare thing on KickStarter.

This has clearly left many Nintendo fans angry; they spent money on something they’re probably never going to see on their platform, and the anger is justified in the face of duplicitous developers and executives smarming their way onto the Nintendo-driven websites to drop some half-baked platitudes about how they ‘respect’ the Nintendo platform and its audience. Even though the ‘switch’ for Yooka-Laylee and Bloodstained: Ritual of the Night make perfect sense, it still leaves many who funded them for a specific platform ending up with nothing to show for it on the platform they were paying for it to be on.

So no, you (if you were a KickStarter project) can’t rely on the Nintendo faithful now to cruise to a stretch goal; Nintendo fans have been routinely burned, and that’s on KickStarter and all the developers who screwed over their potential Nintendo audience. That’s trust they may never, ever get back. They may never be welcome on a Nintendo platform again, the fans will just wholesale reject that software and in doing so cripple them financially. That’s a bridge that is going to take years to mend, and it will be entirely on their back to repair that bridge.

Not least that Nintendo fans right now aren’t in the midst of a software drought – they’re experiencing a flood. Zelda, Xenoblade 2, Fire Emblem and a Warriors offshoot, Pokémon and Metroid now confirmed for late 2018, a new Yoshi and Kirby game, FIFA, Skyrim, Sonic, Mario, Rayman, Dragon Quest, Lego and more talk of Final Fantasy… and there are lots more games out there being talked about, and a lot more indie projects already looking into the Switch (including Salt & Sanctuary – thank you Ska Studios, I will be buying that when you are done thanks ever so much). Not to mention Splatoon 2, ARMS and a bunch of other titles from Nintendo’s Garage Suite, and then you have Mario Kart 8 – which is still a force of nature in gaming – and more talk of a Smash game, though things are sounding more like they want to do an all-new one now (I’d be on board with that, but Mr. Sakurai needs a rest…).

Asking for huge sums of money when the Nintendo faithful were dying for releases to justify their hardware purchase was of course cynical but also perfectly logical. If the audience was small, you entirely cover the whole cost of the development. Fine. I get that. But after so many games failed to materialise, now some projects still think that the Nintendo crowd is going to continue to throw money their way – and not, say, at pre-ordering or buying any of the aforementioned list of games coming to the platform in the first 18 months of its lifespan.

Project Rap Rabbit learned this the hard way with Nintendo fans effectively telling them this was too much and they weren’t interested, hence why the goals were lowered. But as ever, the most damage is often done with the first stroke of the blade. They immediately put off all Switch owners. There was no interest, and clearly none from anywhere else as the whole thing sits on failing at £161,778 (of its £855,000 goal). It could have been interesting and in truth I do think Switch owners and Nintendo fans might have had some interest in it, and having their own variant of Parappa the Rapper, had they not gone straight ahead for the high stretch goal without taking into consideration how dramatically the market has changed. It’s not that KickStart is less relevant – it’s just a harder sell to an audience that has seen its fair share of abuse.

The Switch doesn’t need the additional help; it’s selling gangbusters, and people are buying things like Pepsi and Cheetos and stuff purely because they’re running competitions to win a Switch console. Yeah, drink down that tall glass of WTF. The games we know about, are coming this year and the ones in development we should see by next year and Holiday 2018 – there are loads of them, and as more developers realise the Switch is succeeding you’ll start seeing far more games come to the platform. Switch game launches are hitting the top sales lists again. Mario Kart 8 is a powerhouse that will probably sell just as much if not more on Switch as it did on the Wii U. Pokémon is Pokémon, and a core new Pokémon coming holiday 2018? That’s going to make the Switch the most hard-to-find machine you can think of.

Nintendo has made things easier for indies, sure. The whole engine support thing, the process of registering, the extremely cheap cost of a development kit ($500 for a souped-up Switch). It clearly wants and loves its indie creators and wants them to thrive on the Switch as much as anyone else.

But that’s going to mean, for some, that their initial gut instinct for greedily grabbing the money of Nintendo fans will have to go away. Nintendo wants you, but in truth – it doesn’t ‘need’ you. There will be other studios, other indies, other games. One or two projects that smack of fiscal desperation won’t really register as a blip on the radar of the Switch. The current Switch market is shaping up to be quite the frenzy in the next year and a half – and the winners will be the consumers who’ll be able to buy a range of different games, hell, even some brands that they never thought they’d actually buy on the Switch but are now being ported over because it’s succeeding in a big way right now.

The losers will be those stuck in the past, and that goes as much for the stubborn Wii U owners as it does the developers who got quite accustomed to banking on that audience to fund their excesses.

And it’s a damn slight more fortified than the Wii U, that’s for sure. 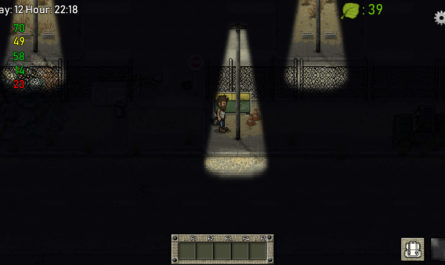 So, That PlayStation Credit Card…