So the Nintendo Switch Voice App was launched on mobiles and yes, it’s still stupid.

Don’t get me wrong; I understand that the Switch had to drop a few things to fit everything into that tiny, slimline case. When you consider what power the Switch does have, running on a board that’s not much bigger or indeed thicker than a credit card, what Nintendo has been able to achieve in the Switch is frankly amazing when you ponder it for a beat. Sure, it doesn’t match the PS4 “Pro” or XBOX in terms of grunt but as we’ve been finding out with the “Pro” in particular, the additional power is entirely going to rendering a 4K image for a niche market small enough that it barely registers a blip on the sales charts.

Whereas the Wii U and 3DS had microphones built into their design, the Switch had to drop it. And I understand that. And I also understand why a mic jack isn’t there either – again, space issues. Sure, it’d be nice to have absolutely everything in that slimline build but compromises had to be made. That’s fine. Cool. Let’s roll with that.

So… why are we using an external app and not… and I’ve said this before… the USB-C port?

USB-C Headsets are not, as I opined early June, an unknown quantity. They’re quite commonplace in another device industry where space is arguably at a premium – that being smartphones. And they’re also not all that expensive, a quick Amazon UK search threw up a basic USB-C Headset for as little as £6. A basic PS4 Wired Headset is around £15. I refuse to believe that a company like Nintendo couldn’t end up pushing a Wired USB-C Headset that could be inserted into the console and/or Pro Controller that costs around the same as a decent-ish PS4 or XBox One headset – or even a little more, since Nintendo stuff is usually a little pricier and still sells. I believe even at £15-£20, Nintendo could make a healthy markup in profit.

What would be necessary for this to work, however, is for Nintendo to not so much abandon its external app – rather, to refocus on the Switch OS.

A baseline addition to the OS of Voice Chat is an absolute must at this point. Whilst there’s a case to be made that this would consume more power, a decent VoIP client on the Switch shouldn’t dramatically impact battery drain – if it does, you’re talking maybe a maximum of five to ten minutes on a three-hour heavy drain binge. For the remarkably power-efficient Pro Controller, there’d likely be little to no noticeable impact on the thing at all, and the only penalty here would be you’d have to unplug the headset in order to connect it to the recharge cable. And I’m sure third-party headset solutions would work their way around that with an additional port in the top of the connector.

So why isn’t Nintendo going with what seems like a clearly simple workaround? It’s not like the PS4 or XBox One do things that differently; they use mini-jacks for their headsets in the bottom of their controllers. I doubt anyone would have even blinked had this been their first port of call.

Well… perhaps Nintendo would rather keep the VoIP off the Switch unit.

I kinda… maybe… sort of understand the reasoning here. Nintendo has seen a few problems over the years; it’s had issues with its 3DS messenger app, and other games and apps on the Wii U and 3DS have routinely been strong-armed into allowing the usage of homebrew and pirated software on the systems in question. Fewer apps and pieces of software accessible to the populous should –  in theory – keep the Switch more secure, giving Nintendo far less headaches on this front. And it’s a front Nintendo platforms routinely have problems with as well; the Wii U is already quite well emulated, likely much to Nintendo’s annoyance since it would much rather people rebought Wii U games on the Switch.

The problem is that this is a battle Nintendo tends to lose. Within weeks, the OS had already been breached by hackers and very, very recently, the OS Kernal has been dumped online. This isn’t a full-scale issue right now, it’s far from jailbroken just yet, but it tells us that there’s already plenty on the Switch that is insecure enough that opportunistic types are able to take advantage of it. A VoIP app at this point is frankly a moot point; why be concerned about the security issues it could cause when you already clearly have existing loopholes that people are assaulting anyway?

Nintendo also said it would likely reconsider if people didn’t like the app. And right now, no-one likes the app.

It’s not that the app itself is terrible in terms of audio quality, but it’s just too much of a muchness. As EuroGamer and others have pointed out, it’s extremely limited in scope and the app cannot be minimised or run in the background, meaning that if someone calls you or texts you or you need to do anything else with your smartphone with enough power to multitask many different things, your chat room which is hosted entirely on your phone is then shut down. When you consider that things like Discord run minimised, the Nintendo App seems almost archaic (though admittedly it’s not as bad as Skype, few things are).

I also kind of appreciate Nintendo might want to keep things in one place; the App at least right now has SplatNet, which most like. But this seems like the sort of thing Nintendo could have kept separate from the VoIP. It’s not the sort of thing you’d expect in such a place.

The long and the short of it is simple; the Switch does a lot of things right and unlike some, I believe Nintendo has been making some big strides that few give them credit for. Working with Epic and Unity to standardise middleware for the Switch was a genius move that really will make a difference, particularly for smaller studios that can’t get exclusivity deals from Sony. The hybrid solution is eloquent and instinctive – when you consider the faff early Vita stuff had to go through, the Switch is positively space-age in comparison. And Nintendo is clearly working with other studios – Hyrule Warriors, Smash Bros. on Wii U and the upcoming Mario + Rabbids: Kingdom Battle and Fire Emblem Warriors all point that things have much improved on this front, and the results are surprisingly good!

The Switch would benefit greatly if Nintendo stopped faffing about with external apps and started putting important bits of functionality on the Switch. And I don’t simply mean the voice chat either; I’d much prefer they stopped messing around with a SNES Mini and put those games on the Switch itself. More components to build more Switch consoles and more awesome retro software to buy, particularly StarFox 2 which as we now know is a brutally effective selling point. Can you imagine if they had said the first SNES Classic game on the Switch would be StarFox 2? Sonic the Hedgehog on an IV Drip of Red Bull and ProPlus couldn’t make those things fast enough.

Nintendo is getting a lot right with the Switch. But they’re also, in my view, seemingly easily distracted with all this external stuff. Keep the Smartphone stuff to a few game apps and the Parental Controls – that makes sense and the video explanation was freaking ADORABLE – and keep the attention firmly on the Switch. It’s selling gangbusters. Keep up the supply and the Switch has an alarmingly real prospect of outselling the PS4 this year, as well as outselling the Wii U’s entire lifetime sales across five years in twelve months.

I wasn’t kidding when I said someone needs to stand with a stick in Nintendo boardroom meetings and slap people across the hands if they start talking about non-Switch stuff. Right now, the Switch should be their priority and they should be doing everything in their power to make this a no-brainer of an investment. Nintendo, you have made a very, VERY good machine here. It’s great. You should be proud. It’s a success!

Now do us a favour and forget about Smartphones for a while – leave that to DeNA.

Those Resi Ports On The Switch… 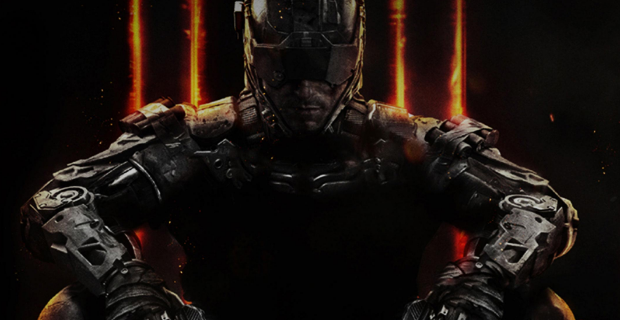