So, the Nintendo Direct hype was a bit… extreme.

Most people didn’t get what they wanted from the Direct. That’s actually okay. I happen to believe that it suggests there’s still a lot yet to come – and a lot yet to explore for the platform. But the big drop for me came with not one but two big announcements from id Software.

The first was Doom. Doom is kind of a big deal; it’s only a year old at this point, and it is clearly still a popular game. The announcement made it clear that the Switch version would come with everything you’d expect; the additional modes and content, the online multiplayer… the works, essentially.

The other was Wolfenstein 2: The New Colossus.

That was… huge. The New Colossus is being released on PC, PS4 and XBox One on October 27th. It’s the one with the big mechanical war-puppy, Leisel. And yes, I still want that to actually get a full episode (please, just for the fun of it id Software and Bethesda Softworks… please…). The Switch version will be later… but it transpires it will be an early-2018 release, so I’m figuring February or March in order to take advantage of the empty release windows of the period.

Even then… that’s a big, new, modern Triple-A title for the Nintendo Switch. Coming in a rather reasonable timeframe too, considering I doubt work started on the Switch version until at least March of this year. Expecting them to delay the other versions is unreasonable… but then, even back when they teased more of it during E3, I don’t think any of us at any point even harboured the faintest glimmer of hope that such a big, new, brash game would ever see the light of day on the Nintendo Switch. But here we are, in September, three months on from E3, and turns out – oh yes, the Switch is getting this big new game. It might be a little later… but it’ll be portable, and on the Switch.

The implications of this for me are enormous.

First of all – Doom and The New Colossus aren’t family-friendly games. They’re PEGI-18. They’re grown up games. The Switch, for all its glorious gaming goodness we knew was out there and to come, was obviously still lacking in this kind of department (I’m not sure Resident Evil Revelations/Rev2 really count). This makes it very clear to Switch owners, and potential Switch owners, that this isn’t your kids toy. This is a serious machine, and it’s going to be packing some serious games for them. A fantastic message to deliver.

The other thing is… well… it’s been a common thread even amongst the more avid Switch fans that we’d all resigned ourselves to the idea of the Switch as a companion console – unlikely to see anything “Triple-A” on the system, at least nothing Triple-A as it stands, with the push towards 4K. And yet, here is id Software, dropping a major big-budget behemoth of a release in a reasonable window on the Switch. This is happening. This is real. This is a thing. And I couldn’t be more delighted to see Bethesda Softworks, id Software and their parent company Zenimax Media taking the Switch very, very seriously as a platform.

That’s not even damning with faint praise – it only takes one domino to make the rest topple, and we’re starting to see them fall in slow-motion. L.A. Noire is coming to Switch, the same day its new updated re-release drops on the PS4 and XBox One. And the Switch even comes replete with actual new camera angles and content! Guess the frosty relationship between Nintendo and Rockstar has officially thawed. That bodes well… and no, even if they didn’t announce it tonight, I still suspect GTA5 is a thing which will happen sooner or later.

The same is true of Revelations/Rev 2. Capcom are releasing the original Revelations on the PS4 and XBox One – but the Switch gets both games. The same day. And they’re mobile, and reports are the old 3DS sensors and motion tilt controls? They’re back baby! That’s a big deal for me, since I still prefer Revelations on 3DS. So I really might have to dip into this version and see if it actually holds up.

However, getting back – id Software getting these games running on Switch tells the industry one very strong thing; the Switch can, and will, have big new releases. Eventually. You won’t be able to ignore it. You won’t be able to escape the Switch in the next few years, so trying to ignore it or pretend that it is “special” is just not going to fly. You want growth, you want sales, you want the Nintendo audience to take you seriously? This is where you begin. Drop a big game like Doom first, get them warmed up, show them a good time and then drop a port of a big, new “Triple-A” game just after that.

In short, it speaks one thing with the volume cranked all the way up to eleven – the Switch isn’t a companion console anymore. It’s a viable platform.

And that should terrify Sony and Microsoft more than anything right now. With the push into 4K visuals looking to make a dent in the finances of big companies, what a score it would be if the same games would somehow end up also on the Switch, in 720p/1080p, and sell even reasonably well. The Switch is poised to be the rebirth of the Wii Effect; except, now it seems clear that you wouldn’t even need to dumb down the games to any major extent except on the resolution front. If the Switch can handle a port of The New Colossus and gets all the same content – a resolution hit isn’t the end of the world. And you gain portability.

With FIFA 18 looking like EA put some damned effort into it, and a slew of games that look gorgeous like Xenoblade Chronicles 2 and Super Mario Odyssey dropping before the year is out, the Switch is leaving 2017 with a bit more swagger than Nintendo had when it started the year. Not only is the Switch doing well – actually well enough that sales estimates have risen from the original 10 million to now 15 million – but it’s got a huge “triple-A” third-party blockbuster pencilled in before the end of the 2017/2018 Fiscal Year. And if it does well, the industry is going to find it hard if not almost impossible to ignore the Switch. To do so would be financial suicide.

So yeah, it was a pretty big bombshell to drop. And they did it so… nonchalently. So casually. It’s like no, Nintendo, stop. Please, for a moment, stop. That’s kind of a big deal. That’s kind of IMPORTANT!

… and weirdly, the really odd part of this is those Destiny 2 Switch boxart things that did the rounds on Twitter on Monday are suddenly looking far less ridiculous.

This is going to be one hell of a ride…

The Switch Mini: My Thoughts

Dark Souls Is Over. And I’m Okay With That. 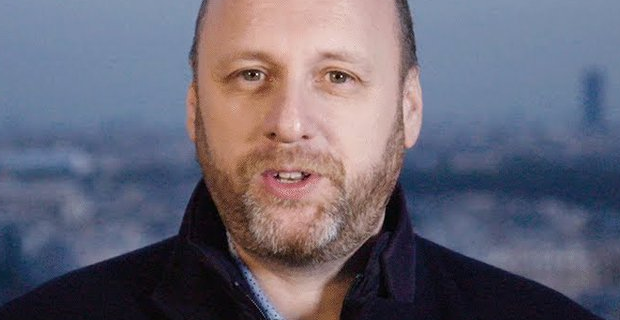 Nah, The Detroit Fuss Is Nothing Special.