Let’s kick this off with something that must be said before I get to the issues here.

Credit cards can be, and often are, good things. Used correctly – and with balances paid off each month – they can be both extremely useful and very good for your credit rating. Not only that, but credit cards often come with additional benefits – both to entice people in, with cashback on purchases or in-store credit, as well as far more reliable consumer protections on many transaction issues such as fraud, damaged goods and in more general terms, if bankruptcy or financial problems happen when the stores or suppliers of a good or service go under as many recently found out when Monarch Airlines went under.

That said, credit cards have an ugly side when used poorly, negatively impacting a credit score to the point that it can be hard to acquire financial services in the future – loans and even insurance these days all take into account a credit history, and if you are not using a credit card responsibly – it can severely impact any persons financial future. And branded credit cards – such as store cards – often come with a much higher interest rate.

Okay, that was just for basic math – APR tends to be put on an annual rate, rather than monthly, but the point remains broadly the same; the minimum payments tend to not be the most valid in the long term, and at the end of the year your debt would likely be the same or higher than if you paid the balance in full each month.

Anyone who is good with money – or has been in debt before – will understand the nature of interest. It’s how they make money. It takes you longer to pay back the balance, and the additional money they add on is, frankly, free money to them. It’s their profit. Credit cards are, at their core, still a business venture – they exist not for your sake, but to make money, and for every person that pays their balance in full and on time, there are usually two or three other people who just let this tick over, making the minimum payment and making the people behind the credit card money in the long-term. It goes without saying, but if you’re interested in a credit card – it pays to shop around and look for the best deals.

The problem with branded cards is that they often appeal to a demographic that tends to lack financial awareness or security. Such seems to be the case with the PlayStation Credit Card; for most people who look at the pros and cons of the card in question, it’s quite an unappealing prospect. 15% on transferred balances (this is how some hook you in; charging you less for a year or two on a transferred balance, they pay your previous one and then they reap the interest thereafter – what, you thought this was being done out of kindness? HAH!), 25% on the rest of your balance and PlayStation in-store credit on each purchase which sounds awesome if you’re a heavy PlayStation fan who buys tons of PlayStation 4 games. To the rest of the market – it’s of extremely niche appeal.

But that’s not how everyone will see it. PlayStation fans will just enjoy a thing because it has PlayStation branding on it; they will want it because look, it’s been backed by Sony! It’s got the PlayStation logo on it! We must have the shiny PlayStation thing!

And so, many will use it to buy PlayStation games and other stuff and end up rapidly facing down large credit card bills that could take them years to pay off.

It also goes without saying that Sony likely gets a portion of the interest on this thing; hence why they’ve thrown their branding on it (it can be paid for up-front but I’m going to presume Sony isn’t that damned stupid). The credit supplier in this case is Capital One, who have a reasonable track record but they will happily share their profits if they think that the card in question will pull in new customers. Unlike the games industry that seems to want all of the money all of the time, those working in credit and financial services are often smarter – having some money at a more reliable rate is better than having no money at all. So let’s take that previous scenario; at 25%, that’s an additional £40 on the £160. It’s unclear how the split would be divvied up – but even at an even 50/50 split, each company gets £20 a month from you (odds are more that Sony would get only £10 of that £40, and even that would perhaps be seen as generous!).

For a company like Sony, this can be good because it’s additional revenue. But of course, the suggestion for some of the companies more vocal critics – myself somewhat included in that – is that Sony is scrambling for cash. To resort to branding a credit card speaks somewhat to a wider picture; if the PlayStation was making a healthy profit, what possible need would Sony have in lending their branding to a credit card in this manner?

And if it is the case that the PlayStation audience consists more of those between the ages of 18-32, these are prime demographics of course with disposable income but they’re also statistically more likely to be inexperienced in the verses of credit. In effect, Sony is appealing to them to get themselves into a credit card situation that could damage their credit scores. That’s not a healthy relationship between consumer and manufacturer in any language, and it’s one that should perplex many. If Sony cared about its audience… why would it brand a credit card which could ultimately hurt a significant portion of their audience?

For me, there is more to this rabbit hole. Sony has a tried-and-fierce policy of refusing refunds on PlayStation transactions. For any reason, be it fraud, hacking or just because their system decided that day to charge you twice for a thing. Take a long, long look at many of the consumer reviews from the PlayStation 4 and you’ll find that there is a massive portion of people who have been outright banned for exercising their basic consumer rights and querying charges on their own financial statements. Hell, back during the period where Resident Evil: Revelations 2’s online Raid Mode was unplayable on the PS4 for months, I was one of the few trying to get this seen and I got reports from many who had successfully gotten a refund for the game because they wanted the online mode exclusively… only for Sony to still ban their accounts a week later. How dare people exercise their basic consumer rights!

… and here’s a credit card backed by Sony which might ultimately end up with at least some of its users querying charges on the thing and… yup… getting banned from the PlayStation 4 system as a result. That’s… stupid in ways I can’t even begin to describe.

Before you jump into any credit card, take a good look at the small print. Ask yourself if you can afford to pay off the full balance each month. Consider if you’re going to get any tangible long-term benefit from the thing; sure, it says the card will give you back 50% of an annual PSN subscription – which amounts to £25 – but you’ll have to spend £3000 in the first year to get that benefit. Think about it – is getting £25 back from £3000 worth it? Can you afford to spend £3000 in the first year – that would be £250 each month, if my head math is right. Sure, they’ll give you £50 in store credit to kick things off, but is one free game worth getting into debt for?

This isn’t to say that the PS Card is inherently awful. No credit card is entirely without merit. But so too is it important to say that some are far more “equal” than others; others can offer you more cashback on all purchases with less interest, making them more versatile and – in some rare instances – profitable when used correctly. But credit companies know that the proportion of people who’ll actually eek out a small profit on said things is statistically nominal; perhaps a percent of everyone using their card. Those small losses are swallowed up by the interest others are accruing on their cards.

If you only use a credit card for the PS Store… I guess this could be useful, but again, are you really going to spend £3000 in the PSN Store to get that £25 back? I mean… really? Have you seen what Sony has been pushing lately?

On the whole, don’t buy into a credit card based on niche gimmicks. Take it from someone who did get into credit card debt in their early twenties and clawed out of it (it taught me to read the small print and look at the overall picture – and I’m middle-aged now thanks!) – short term perks will be meaningless when you’re drowning in debt, struggling to pay back because you’re a naive little twit who thought that eh, this is free cash surely? It’s not. You will have to pay it back – or declare bankruptcy, which I think is kind of a humiliating thing. I mean, Kerry Katona went bankrupt. Do you want to be like Kerry Katona?

If you want a credit card… do your homework. Shop around, and consider how and where you are most likely to use it as not all cashback perks are universal. Look at your own financial records. Can you afford this? Is it worth it? Am I going to get anything back from this thing, or would a debit card suit me better? And also make damn sure to check the annual fee – this is, again, profit for the credit supplier. If there’s no annual fee, there’s usually a catch somewhere – either limited cashback returns or limited functionality (or much higher interest rates). Make sure you have the full picture going in.

Don’t buy it because it’s branded, or because you can have a picture on it. These are gimmicks. Nothing more. They have no tangible value, except to lure a very specific subset of people in.

A credit card is a powerful tool. But it can also be your worst enemy. Be smart, and be safe.

And if in any doubt… don’t.

Sony Shouldn’t Do A PS Hybrid (For Now) 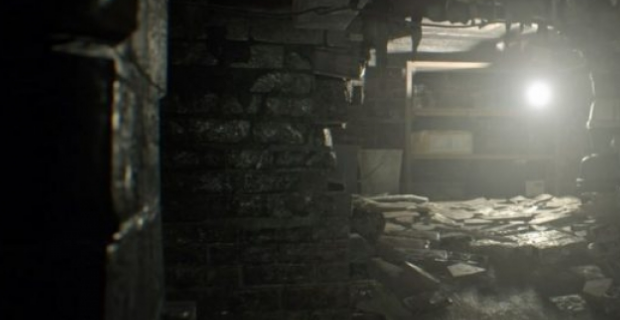