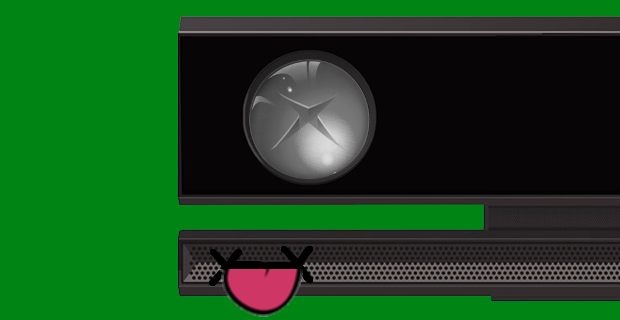 Well, this has certainly been an eventful year so far.

Sony’s insistence to release crap games through PS Plus and PSN, Nintendo’s unparalleled rise to glory (again), third-party publishers milking the loot crate craze drier than Joan Rivers (which is a feat since she’s dead) and now the death knell for a much-hated and long-suffering add-on; The XBox Kinect is no more.

I’ve tackled the Kinect before – twice, in fact. I’ve never exactly been a fan although I do concede on the PC side of things, the Kinect was actually quite an interesting little playground for a while, an enjoyable distraction – in much the same way I see VR going. Microsoft had hoped this would stick around, and clearly at one time believed in it – going as far as early on to make it an essential component of the XBox One X, before consumer backlash and international privacy laws got in the way of their good time revue.

But let’s nail this coffin shut – the Kinect was sold as a concept. That was never going to end well.

Whilst there’s no question the Kinect did sell well in the wake of the Nintendo Wii, the two approaches were fundamentally different at their core. The Nintendo Wii had practical, solid and entertaining applications for gamers. It’s why the technology, refined and tweaked, is in the Switch JoyCons. Resident Evil 4: Wii Edition remains, for many, the definitive version of the game without exception (myself included). Metroid Prime Trilogy was a blast with it. Wii Sports was a cultural zeitgeist. When it came to the Wii – you could argue about the technology, the hardware grunt and a lot of other things but one thing was impossible to ignore – many games genuinely were improved with the Wii Remote. That people still pine for Resident Evil 4 with Wii Remote technology… well, if Capcom has any sense, they’ll bring that to the Switch pronto…

The Kinect was very different; it was sold on potential, and for most of us, that potential was never truly realised. Where the Wii had practical software demonstrations selling the control scheme, with Microsoft we were told to be patient, that we’d see “core games for core gamers” – a promise that Don Mattrick will probably never live down. Big name titles came and went, none of them truly demonstrating the “power” or “potential” that supposedly lay within the Kinect – Steel Battalion was a train-wreck, Fable: The Journey was just embarrassing, Fighter Within and its sequel were just ghastly – and even big-name brands like Star Wars, Harry Potter, Dragonball Z and Power Rangers couldn’t make the damn thing work. That’s nothing to the slew of new IP that died on the thing; trying in vain to keep the promise of potential, and each time failing.

Or, at its most simple; the Wii Remote worked in many cases. The Kinect didn’t really work for much of anything.

Kinect was ambitious – perhaps, as many have rightly pointed out over the years, too ambitious. The concept of hands-free gaming was an interesting step into a science-fiction future, but the software and hardware technology that backed it up just weren’t on point. Controls were often ambiguous, even when you needed to do specific gestures and motions to perform an action. It required an open-space, because otherwise it couldn’t even detect you. And it was, in truth, a resource drain; requiring the console to perform some of the workload, limiting how far the software could be pushed. It wasn’t as freeform or standalone as was promised; and launching at £200, it was a pricey bolt on. I promise I won’t make any more allusions to VR.

The reason it died was in that the games where it did sort-of-kind-of work were simplistic offerings; rollercoaster rides, or simple party games where some bugs or weird happenings here and there didn’t really matter. When it came to offering a serious alternative for gamers – it was found profoundly lacking, in both its camera and its voice recognition software. By being unable to polish either side with any conviction, gamers very quickly tired of giving it fifth, six and seventh chances and ultimately as time went on, the Kinect was banished to the closet – shunned and forgotten, a costly error. As the motion control era skidded off the rails somewhat, and Nintendo abandoned it – rightly or wrongly – the Kinect could only have been kept alive with solid support on software and backend fronts. Every time someone paraded something around, saying “this time it’s different” – it wasn’t.

It’s not hard to work out why consumers – and particularly gamers – lost patience with the thing. At some point, you’ve got to deliver -something-. You can’t just keep promising it will be different “next time” – after five, six, seven, eight rounds, people learn. I sense a predictable joke coming…

I’ve also said before that the entire concept was flawed in its science-fiction roots; human beings, and most animals in fact, are tactile creatures. We like feedback, touch, resistance. We utilise our sense of touch far more in some cases than our sense of sight, and this is particularly true of gamers – our muscle memory knows where buttons are, like my hands know where my keys are on the keyboard without me having to look at them. To touch, to feel, is to be alive. In science-fiction, this idea of being able to work with gestures not only tends to backfire, but when it doesn’t… it’s often used by villains, whom seem to have no humanity to them. There’s always been an argument in fiction that we need to be able to feel, to touch, to fiddle even. If you can’t feel… are you alive? Are you human? It’s a very metaphysical argument, but it’s one which always hung over the Kinect like a strange metaphysical Sword of Damocles, waiting to drop and take the thing out. For many, it just felt… wrong somehow.

Looking back, it’s almost amazing the Kinect lasted as long as it did. Even the PS4 Camera has been more or less abandoned in far less time. It was, at its core, a bad idea grounded on baseless promises that good was to come from such fallow soil. So many terrible games, so many unkept promises, so much waste… as a consumer product, the Kinect was far more of a “craze” than the Wii. At least the Wii Remote worked. People understood it and could enjoy it. The Kinect required constant learning of gestures and the camera could rarely distinguish between them anyway, making the whole process ultimately pointless. You might as well be dancing around in front of it on fire.

To say I’d miss the Kinect is a lie. Unlike so much hardware over the years, I think it’s fair to point out that aside some PC experimentation, the Kinect was an absolute disaster. It failed on a conceptual level, a mechanical level, a technical level and a metaphysical level. It probably failed on levels unknown to science. When I think back, I just remember bad games. Terrible games. Games that really, truly should have never been made, and if they should have – they should have had physical control alternatives in many cases, which admittedly just about defies the point of the Kinect entirely right there.

Be sad all you want, but there’s a queue forming to dance on this things grave.

… but I get the feeling Nintendo’s going to be doing that for months to come, so I’ll probably have to come back another time.

Loot Crates Are The Latest Bandwagon. 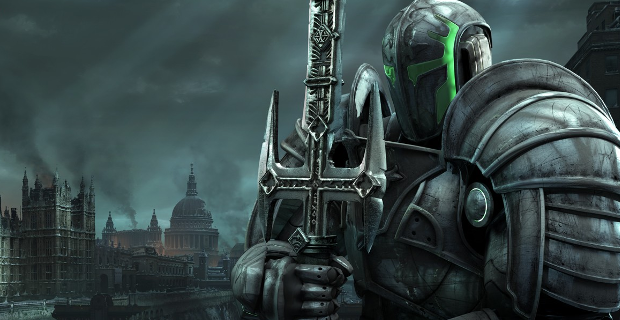 So, The Inevitable “Live Service” Rant…