So… we’re back to loot crates. Sort of.

Yeah, the fuss isn’t going away – and with a lot of public backlash and growing threats of government intervention, as well as talk of changing legislation to cover video games, it might actually be worth remembering why the ESRB was formed in the first place; that is, to help self-regulate the industry.

Back in the early to mid 90’s, games like Mortal Kombat were causing a massive public outcry similar in scope to the Video Nasties push of the 80’s. People assumed this was an industry pitched towards kids, and therefore the idea of a video game where a blue-robed ninja with ice powers could rip someones head off in a shower of blood was a little on the edge of what was acceptable. Mortal Kombat wasn’t the only game in the firing line – I do remember even my grandmother getting a bit flustered when The Immortal had gory finishing move scenes in quite graphic detail of goblin heads exploding and their bloodied, mangled remains littering the dungeons. It was a brave time where games were attempting to grow up and be a little more explicit and detailed, but that came with the threat of government regulation in the United States and elsewhere.

So the industry had a choice – impose a set of self-governing rules that regulated themselves, or let the government do it for them. Wisely, the industry realised that it was better to self-regulate; though as has been made clear, some countries – like Germany and the United Kingdom – had additional regulatory oversight, though as I have iterated before the UK hasn’t really banned that many video games overall, and Detroit: Become Human would be the first game in a decade to face the prospect of being non-classified if the BBFC do decide to interject. Which they may not.

I say this because the ESRB, and its oversight the ESA, doesn’t believe Loot Boxes are ‘gambling’ because the ‘letter of the law’ doesn’t exactly say they are explicitly gambling. So… how about we take a small peek at their own guidelines to see what they say, shall we?

Whatever the letter of the law – the ESRB was meant to be the organisation that staved off additional legal interference and/or government legislation. It was meant to be pro-active and wise to the concept that if it wasn’t careful and exacting of its own standards that it would pave the way for tighter laws with far less wiggle-room than they currently enjoy. Hence the standards for each rating are quite specific. That’s the point. To keep governments away from the industry. To self-govern.

But of course, the ESA is comprised of big video game publishers like EA, Activision, Ubisoft, WB Interactive, Take Two Interactive and more.

Let’s stress one thing; there’s a very, VERY good reason why the ESRB and ESA don’t want Loot Crates to carry the AO rating. That point being that brick-and-mortar stores refuse to carry such games – the headaches and additional potential licensing involved is just too costly to implement. The same goes for digital storefronts – no-one wants to be seen promoting anything that carries the AO rating. Mature 17+ sure, but not the AO. I realise most think that’s splitting hairs and I’d agree, but the point remains that the AO rating is seen as a game killer. It’s why Take Two, at vast expense, recalled copes of Grand Theft Auto: San Andreas after the “Hot Coffee” minigame was discovered and hacked out of the code. The publicity forced the age rating up to AO, and it meant that GTA: San Andreas was facing being pulled from shops as a result.

Games like Call of Duty: World War 2, Star Wars: Battlefront, Shadow of War: Middle Earth and NBA 2K18 all have loot crates and microtransactions and stuff where you trade real currency for an in-game chance at something. But the only way such games can actually make a profit on that is if they are in the hands of as many people as possible. They need volume of sales in order to find the handful of “whales” (I hate that word) that will uncontrollably throw money at all of their in-game problems. The wider the net, the more chance they have of catching these “whales”. This is not complicated stuff. If you have a system which is designed to encourage people to spend money in-game to expedite a grind, or to win a match, then you want more than a couple hundred thousand people who might have maybe a dozen or so people of this mentality in there.

The problem is… we’ve actually been here before as well.

Apple and Google have faced this exact problem with smartphone apps and “in-app purchases”. Companies were bypassing certain protocols and locks by putting the ability to purchase credits and extras inside the apps themselves, which meant even children could punch a pop-up box and BAM! – the credit card attached to the phones account would be charged. And that was not a mistake either – developers were taking advantage of a loophole in order to squeeze more money out of a particularly vulnerable group and were by and large not very apologetic about it either, blaming parents for “lack of oversight” despite the fact this whole thing started this way to bypass those parental locks. This was when purchases started offering more credits for more money, by the way, and there’s nothing “micro” about an $80 in-app transaction.

After numerous accounts of children as young as five spending hundreds, and in spots thousands, of dollars in this way – Apple did the unthinkable; it settled the case. This was because the Government was actively looking at legal rules and regulations and rather than having to adhere to strict rules that could see them hauled into an actual state court, it decided instead to pay out to those affected – to the tune of $32.5 million – and tighten up its own rules and make sure that developers knew that this was no longer acceptable. Google also put into place tighter rules.

And this was 2014. Three years ago. Not a lifetime ago – recent enough that the ESRB knows that the US Government takes this stuff pretty seriously.

So, rather than adhere to its own guidelines – which would admittedly rule that these big releases would never see proper sales on digital storefronts or in retail stores – the ESRB has tried to wiggle around and say “Well, it’s not legally gambling.”

The point is – that’s NOT THE POINT. The ESRB was founded to ensure that video games would NOT see additional government legislation. It is meant to take a strong line in order to protect the industry from political oversight and yes, potential political overreach. It’s meant to make these tough decisions for the good of the industry, its members and its customers and if the ESRB is too soft or too close to the big heavyweight publishers now that it cannot actually enforce said rules, the time has come to ask if the ESRB and ESA can handle this role in its current form. It’s there in black and white; gambling with real currency. It doesn’t say it needs to be a legally defined gambling transaction; just that it involves gambling with real money. Which, most agree, Loot Crates would fall under.

What’s more – these rules signify that there were, and are, guidelines in place for this kind of exploitative practice. The ESRB has the tools there to stop loot crates and, by token, stop every current investigation into the legal definition of “gambling” as it pertains to Loot Crates. So what the ESA and ESRB have been doing is looking the other way on this front; yes, technically it’s against their rules and such games must therefore be classed as Adults Only. But publisher lobbying and interference has made them start looking the other way and by the way, in any other legal context in the world that’s corruption. Paying or lobbying for someone, or something, to look the other way whilst you do something either against the rules or against the law. Let’s not forget that important detail. If this was any other legally defined organisation, it would be facing a corruption investigation. Hell, maybe it should face such an investigation.

So here we are, with governments threatening to legislate against Loot Crates which could have wide-reaching implications for games both in development and on sale right now. With a gaming public and a general public who are looking on the industry with disdain and disgust. And the ESA and ESRB could have prevented all of that. It really could have. All it had to do was enforce its own rules.

In short, whilst EA and Activision and WB Interactive and others are gross and horrible and icky and ew and all that – let’s not leave the supposed industry watchdog off without a word. This was their failure as much as anything else. By failing to uphold their own rules and standards, by trying to stand up for the practice by talking about it as a legal loophole, they have effectively acted against the industries interests, the public interest and the principles on which they were founded in the first place. And now governments are threatening to legislate. Again, the thing the ESA and ESRB were created to avoid happening… again.

The ESRB therefore needs to be reminded of one critical detail; it’s got a job to do, and that job is to stop this kind of big scandal happening in the first place.

If it can’t do that, then the industry will find itself at the mercy of actual government legislation. Which means more strict adherence to the rules, or face legal penalties and fines. And let’s take a final moment to laugh at the victims;

Grand Theft Auto V – currently the biggest game in the world, it and the old games in the series would have to be pulled from sale, and god I can hear Jack Thompson gloating even now. Who owns that? Oh, it’s Take Two Interactive.

As for EA – that would affect FIFA, UFC, NHL, NFL, the upcoming Anthem, Plants vs. Zombies, any future Need for Speed because it would encourage speeding (yup, I’m being tight on the potential legal side here)… basically, everything EA is currently doing right now. Including Star Wars. Because Disney has already been skittish on video games…

… I mean, there’s shooting yourself in the foot and then there’s professional seppuku…

So, Let’s Talk Mobile (And Diablo) 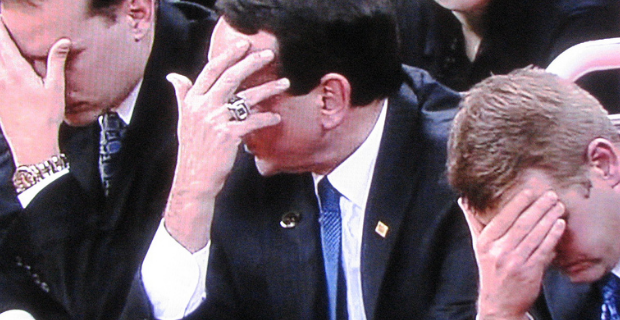 The Monster Hunter 5 Rumour Is Stupid!