But there’ll be plenty of time for schadenfreude at a later date. 2017 was a time of extremes for the games industry – absolutely incredible highs and terrifyingly deep and dark lows, and some of the trends that began to happen were… well… terrible. And they need to go away. We don’t want them here.

So here’s my selection of 2017 gaming market trends that really need to die. Horribly. 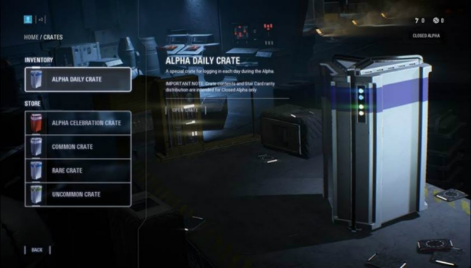 So let’s start with the obvious one; if you’re paying $70 for a brand new game, and $35 for the season pass, and perhaps $5 a pop on mini-DLC content, Loot Crates being charged at a few bucks or pounds a pop need to not happen. Ever. Thankfully, EA has admitted that such mechanisms are purely profit-driven (no shock there then) – the removal of Loot Crates from Star Wars: Battlefront II supposedly is not going to impact their end of year fiscal report. Thanks EA. Appreciate the honesty.

In a simple enough fashion – the games industry is going to have to choose between how it finds additional monetisation in their games, rather than have all the things in all the games and hope you get lucky enough that some idiot will spent several times the cost of a game on additional content. But Loot Crates in particular need to go away – after an overdose of them in 2017, creeping into games where they really should not have been, we need a time out. When games are advertising themselves as NOT having them, and that’s being touted as a valid positive marketing tactic, you’ve really gone too far.

If games are so expensive, perhaps try the tactic other companies are doing – fund smaller games, with bigger return margins, rather than an all-or-nothing “Triple-A” gambit? It might work. I mean, it worked for the industry between 1985 and 2007. Why not go back to doing a thing that works, than cramming in loot crates that have gotten stale and indigestible very quickly… 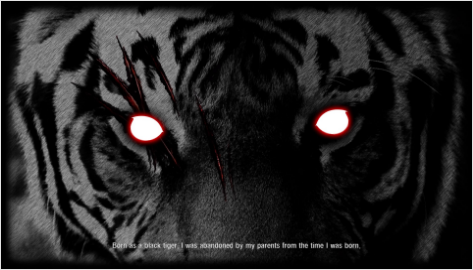 This is more applicable to Sony than anyone else but seriously. Free Mobile apps should not be ported to home consoles. And they absolutely should not then cost actual money on the actual PlayStation Network so actual people can be tempted to buy actually shoddy games with their actual cash. Actually.

Life of Black Tiger was horribly racist, but it was – as Jim Sterling showcased post-E3 in 2017 – the tip of the iceberg as to what Sony was willing to let into its marketplace. There are a lot of free apps getting console ports. And they’re terrible. Honestly, genuinely terrible. And I’m actually shocked Sony wants anything to do with products as shoddy and malformed as these. There’s likely a very good reason they’re free mobile apps. By which I mean, they’re not really worth actual money.

That’s not to say there’s no crossover to be had at times; I can admit a handful of decent products might make the transition. But Sony in particular needs to start learning to say “no” to this. Yes, I know the PS4 library was a little dry in 2017, but you fill it up with crap and all you end up with is a mountain of poop and a really bad smell.

And no-one will want to clean that up.

I remember when Steam Direct was meant to help “clean up” Steam. To stem the flow of cheap asset-flipped games and otherwise genuinely awful content from creators more interested in a few dollars than having any work ethic or pride in their product. The end result? More games got approved for Steam in 2017 than 2016. Which already had more games than the previous decade combined. That’s a lot of stuff. And 95% of it is… well… it’s terrible. Flat out awful.

Valve is going to have to understand that “algorithms” are not as reliable as they seem to think they are – the simple facts on the ground are that it’s still letting in more people, only now these people don’t really have to even try. They just pay the fee – $100 – and sit back and wait. At least with Greenlight, developers had to make something funny or crude or silly, you know, something worth talking about (or something to piss off Jim Sterling – just saying, I think some of it may be deliberately aimed at/for him…). Now they just pay their money and a bit of code says yay or nay, and right now that bit of code is saying “yay” a bit more than it really should.

Steam used to be a badge of honour for developers. It used to be the place you aspired to be. Now… now it’s just a pound shop (thrift store?). Sure, there’s a few good bargains in there but the majority of the shelves are lined with cheap knock-off tat, that you’d be hard-pressed to think was worth the money. Valve probably wanted to be big and powerful, but now it’s just bloated and smelly and it really needs to hose this thing down.

When people want to be on the Switch more than Steam, you’ve got an image problem to sort out.

I mean, just in general. It can go away. I don’t think we’d miss it now. 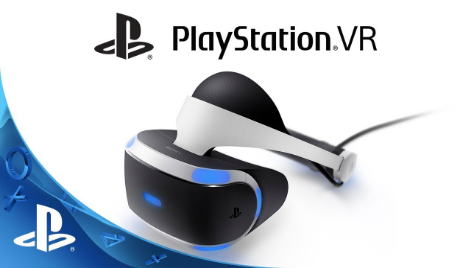 This might get me some flak, but I don’t think VR is the future. At least, not the future people think it is. Like many technologies, I’m sure it will have practical applications outside of the video games industry but it’s trying way too hard to shift this hardware and there have not been many high-end examples of why it is “better” than a normal screen. Maybe it took too long to get to market. Maybe the Switch showcased that mobility is more important right now than a sensory deprivation headset. Maybe it was just not meant to be. But I think this is the year that VR should start either putting up, or going away, and I suspect by the end of 2018 – the latter is more likely.

As for 4K – yes, it has a future. But we, as of right now, do not have the physical media required to facilitate a full transition to 4K. BDXL is still quite expensive and it’s still notoriously unreliable… oh, and already games would need to come on at least two of those discs. And hard-drives fill up fast; you can’t keep expecting people to buy a string of external 1TB or larger hard drives just to hold 4K data. It’s an unreasonable expectation. It’s why I believe the XBox One X is a mistake and one which could really hurt Microsoft. Until there’s a concerted effort to fix the thorny subject of where and how they can store 80-220GB of data per game, 4K is an idea that is going nowhere fast, and it’d be better to spend the money on HD games that made enough money back to invest in this area. At least, that’s what I’d do. It’s logical, right?

Mind you, Nintendo also has to sort out those 64GB cards. I know they’re expensive, Nintendo. But you really need to get on top of that. They are necessary and they will help you a lot. 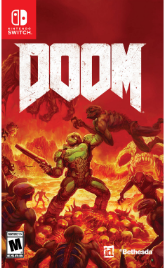 I think we can agree now the Switch is going to be successful. The joke has been made. Doom is on the Switch. You can stop now. 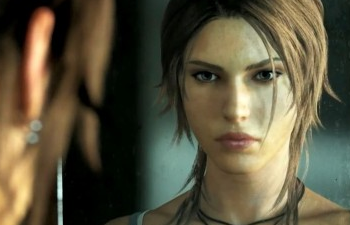 This goes for all sides. Look, I know politics is a hot-button issue and I know outright avoiding it in an entertainment medium is all but impossible but look, Hellblade: Senua’s Sacrifice has a salient sociopolitical backbone and message. And it is fantastic.

Here’s a thing writers tend to be told sometimes; talk, don’t shout. The same goes for politics in video games – gently does it. Hit us over the head with a political message with the subtlety of a baseball bat and yeah, we’re going to feel a bit miffed. A good game works its viewpoints and biases into a game to challenge, if not inform, the player. If you can’t do that, then you probably shouldn’t be putting that stuff in your game in the first place.

Trust me. Your sales will be much better for it.

I think this has been done to death now. There’s nothing “safe” about a big-budget video game anymore. Time for better terminology.

“THE DARK SOULS OF…”

The Souls-Like or Soulsborne sub-genre is a relatively recent addition to the gaming lexicon, and games like The Surge, Salt & Sanctuary and to some extent even Nioh have presented this arena with an odd instability, whereby we’re not even sure anymore if the sub-genre token will even stand as it does in the future. Metroidvania is distinguishing as a sub-genre in its own right because of the design ethos, layout and mechanics behind it, but Dark Souls is more intangible. It’s a rock-hard, solidly-designed action RPG with horror elements. But is it more than that? I don’t know. We don’t know right now. There’s no real consensus behind what “defines” a Soulsborne game.

As a result, grasping onto the challenge as some kind of characterising element is doing us all a disservice – Cuphead is the “Dark Souls” of Action Platformers, Gwent is the “Dark Souls” of Trading Card Games, Breath of the Wild is the “Dark Souls” of Nintendo games. These games are challenging, deep and tricky with mechanisms all of their own and perhaps it’s time to just accept a tougher game is… a tougher game. Dark Souls, and Bloodborne, may be defining games in their own right for various reasons but their difficulty is neither remarkable nor original – go and play “Gods” from the 16-bit era if you want an early, early example of “Soulsborne” gameplay – but the Bitmap Bros. don’t get any credit for that, do they?

Time will do its thing – I do think “Soulsborne” will stand but it’s so early in the day we can’t say what absolutely defines it – and Metroidvania didn’t take as a sub-genre until the 2000’s; Metroid was a 1986 game and Castlevania: Symphony of the Night was a 1996 game. It will take time. So call difficult, challenging games what they are – difficult, challenging games. And let the Soulsborne sub-genre grow. Hell, in ten years we may not even call it “Soulsborne”. Give it time, and let other games speak for themselves.

And I think that about covers the bulk of it. If I add more, it’ll come in edits.

Now, I’m off to… do stuff. Other stuff. Probably sleep. Then I’ll see if anything else comes to mind. 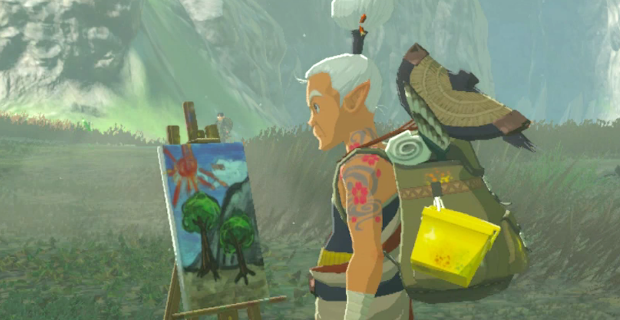