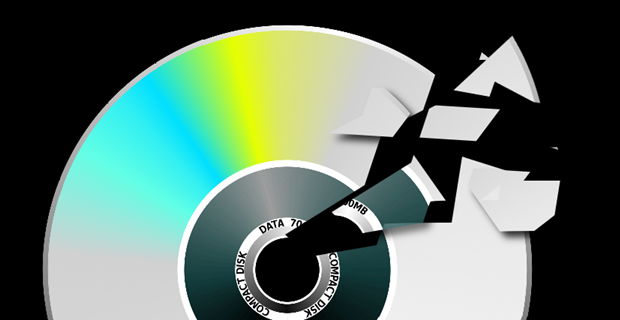 Okay, so I’ve had headaches and a chest infection most of this week and I’m still exhausted but I thought I’d jump back on to knock something out.

Reports have been coming in that the XBox Game Pass – a feature that will allow you subscription access to a range of XBox One/360/OG games – is popular with gamers. Reports also have been coming in that a retail unit in Austria is deeply annoyed and unhappy and I believe have already pulled the XBox One and XBox One X from shelves. That seems extreme – it is – but for those who have forgotten the past, this is not without any precedent at all.

Hands up if you remember… the PSP Go!

The idea was simple; a lower cost device that was lighter and didn’t need a UMD Drive, again saving on costs. In the absence of a physical media drive, the PSP Go! was to be the first exclusively digital handheld.

… and retailers HATED IT.

Here’s something that needs to be said; retailers don’t make large profit margins on most consoles (though the Wii U early-on they made a killing). Retailers don’t even make much of a margin on software sales all told. The brunt of most shops income is derived from second-hand sales, figures and proprietary hardware sales like self-made controllers and SD Cards. Video games are big business, but retailers don’t see most of the benefit – they have to hope you buy additional stuff that they can make a profit on at the same time they’re selling you a new game. It’s why GameStop rams Game Informer subscriptions onto every hapless person who deigns to walk into their US stores.

The PSP Go! was a hardware device that, given the opportunity, would not even reward with second-hand sales, considering the obvious lack of a media player. No new physical games, no chance for second hand trade-ins to make larger profit margins on. And Sony’s chance to make peace with Shop Cards, which would give X amount of dollars/pounds to spend on the thing, gave even less profit margin than a traditional video game would have.

Faced with a device that frankly was about to screw over their business model, a huge range of retailers did the unthinkable – they refused to carry the PSP Go!, at all. The PSP Go! died before the base PSP ever did as well, largely because the cost savings Sony was making on the Go! were not making their way to consumers – Sony was charging just as much for the Go! as a basic PSP. It was a massive blunder, as consumers couldn’t even bring themselves to defend the device.

And since retail is important to actually sell hardware in the first place, if you are screwing them over on potential profit margins – they’re not going to stock your hardware, which effectively means less hardware sales in the first place.

And whilst subscription based services exist – there is a growing fear that some platforms are seeking to take away much of the profit margins of video games on the retail side.

Most games don’t last the way they used to – this has been why, for a long time, second-hand profit margins have been such a key pillar of retail business. A game that can be finished in a month or so at $60 is then returned to the store, where they can offer $20 or so and then resell that at $35 or $40. In effect, they can double their money by buying in second-hand games and selling those on. With the XBox Game Pass, priced at £7.99 a month (or $9.99), you can play that whole game for the month at a dramatically reduced cost to buying it new from a shop. This means that no physical sale happens – which means that the game can never in fact make its way back into the second hand pool of games on which stores derive a chunk of their profit.

I suspect that this is why Sony has been wary of pushing new (or even old) PS4 games via PS Now!, or even on PS Plus. Sony was already savagely beaten on this front with the PSP Go! – and so Sony knows better than most the precarious balancing act that comes with needing to keep retailers on side. If you are pushing content that effectively undercuts a retailer and its long-term profit model, the retailer is going to ask what exactly is in it for them to keep supplying the hardware and making less than peanuts on it.

Whilst the XBox One hasn’t quite gone as far as removing the Blu-Ray drive, the end result of the Game Pass is not dissimilar to that kind of extreme, if anything it could end up a prelude to it. Because if the Game Pass works out and becomes popular, a media-free alternative would reduce costs for Microsoft on manufacturing. Maintaining the status quo right now means ensuring retail units get to have enough money to survive, particularly when you’re offering a subscription model that will remove a large portion of their profit.

Will other retailers join in? Probably. If the opinion is already that this could harm retailers – particularly smaller or more localised retailers – then they’ll make their decision and considering the brunt of money over the recent holiday period was made on PlayStation and Switch software and hardware sales, and the second-hand games therein, the XBox One and Microsoft are already in that precarious position of being considered an irrelevance. To lose hardware units on shop pages and shelves only further shrinks that market.

Still, maybe that’s the point. To drive XBox as a software delivery system, particularly on PC, as an alternative to Steam, GOG and Humble. Perhaps this is testing the waters to effectively bin the XBox One as a thing, or perhaps to sell a different stripped-down device at a lower cost. Who knows? There are ways to see this being spun as a positive.

But I know one thing – the shadow of the PSP Go! remains over the industry, seven years from its death. Retailers proved their point then and they may be seeking to reaffirm it now; you can’t survive without them, and if they can’t survive with you – off the boat you go. They owe you nothing.

And if Sony and Nintendo can fall foul of this, what the hell makes you think Microsoft is a “special” case?