And so we’re here again, facing another Nintendo Direct presentation.

I love these things, but I’ve been rather busy lately refurbing my flat (kinda important with a wheelchair to make things as accessible as possible) so I must admit I’ve been slightly left out of the loop in regards to The Hype Train and The Rumour Mill. Which actually for once I’m kind of glad for; I’m going in a little more blind than I usually do, and therefore my expectations are far more open than most people who have been told “X is coming to the Switch, So-And-So said so!”. I don’t really know what/if any new stuff is on the way, so I can’t really say “oh X is coming it makes perfect sense”.

That said, I do have my usual pre-Direct predictions, and I have read a few things which make a lot of sense so let’s get this train-wreck-a-rollin’…

“But Kami… it wasn’t on Switch last year…” – and you’d be right. Some companies have been a little tentative. But also remember that Nintendo did not officially unveil the NX/Switch final specifics to broader third-parties until E3 2016; not eight months before it was dropping. Nintendo did, admittedly, rush the Switch out a little. It’s worked for them and now the Switch has built a market, got a lot of indie support, is selling like crazy and is getting multiple ports, Activision has very likely had time to build a Call of Duty around/for the Switch.

Activision likes to put its big games on as many platforms as possible to maximise sales. Why anyone would think the Switch would be exempt from that is anyone’s guess… 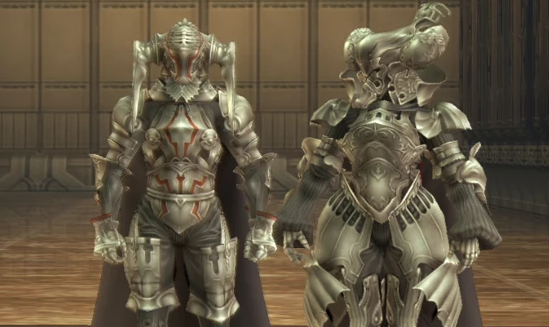 There’s still a window of 6-18 months where developers will begin wheeling out their more ambitious Switch exclusives, so for the moment the good ol’ Third Party Port is going to be docking with reckless abandon in the coming months.

Diablo 3 seems to be a cert now, even if it may not be a Direct tease (though why they’d save it to hog the headlines for E3 when it’s barely worth a footnote there mystifies me a little). Some are claiming Fortnite – it’s possible, after DOOM ran and even got updated to look and play even better I’ve said all bets are off. SoulCalibur 6? Quite likely, considering the Gamecube version still ranks as one of the better selling titles (and they’d love to get Link back into the fray). Injustice 2 is even possible, though WB Interactive have been rather silent on the Switch front so it’d be a big first move. That said, Rocket League got a DC-themed skins pack so it’d be a strange lead-in…

I’m sure there’s a slew of them being touted, including the eponymous Grand Theft Auto V. There will be a lot of ports still to come as companies leverage these brands and names to cultivate a space before striking out with something more ambitious (though admittedly, I can’t see Diablo 3 leading to anything more than Hearthstone). Some will wait for the September Online debut, some will be in tonight’s Direct and more will be touted in the coming months. It’s just a thing that is going to happen so #dealwithit.

OCTOPATH TRAVELLER GETS A “BRAVELY” NAME.

I could be quite wrong with the “Bravely” part, but one thing I am sure of; Octopath Traveller will finally get an official name. And I’m thinking it’ll be a Bravely title, or a spin-off. I doubt this will, as some have claimed, tie to “Seiken Densetsu” (Secret of Mana) as surely they’d have said as much, particularly with Seiken Densetsu 3 actually playable on the Switch now (localise that Square-Enix, you know you want to…).

People seem to want it and retailers are suggesting a Summer release, which seems odd to me but eh, on the Switch I dare say such a move makes more sense with the actual portability. Here’s hoping I gravitate to one of the other characters, as I’ll admit the demo… didn’t grab me the way it did others…

WE FINALLY FIND OUT WHO IS MAKING METROID PRIME 4.

One of the most contentious issues on the Switch right now isn’t the lack of cloud saves, or the eShop getting severely cluttered or anything that obvious or important – it’s simply, “Who is making Metroid Prime 4?”

Retro Studios is working on something – but it seems to be their own new IP thing (which, to be fair, they’ve more than earned the right to do). Bandai-Namco is being touted, but then, they’re working on a lot of Switch stuff so maybe some wires have been crossed there somewhere. It could be a new studio entirely, or one comprised of old-hands from other developers who thought “Yeah, I want to do something with Metroid Prime”. We just don’t know. There, I said it. You can breathe a sigh of relief. It’s okay to admit it. We don’t know.

But I think it’s time to find out, and I think tonight is the night. I’m prepared to be a little disappointed – in the “Err, who?” kind of way, but Retro Studios were as we all know a very new team when they got their dirty little hands on Metroid back on the Gamecube. That turned out alright.

… and yes, I think it will follow on from Federation Force. No, stop, that game was perfectly decent on its own terms and no you don’t get to decide what is canon in the series and what isn’t, so suck down the reality-rending truth that it was an important step for you to get Prime 4 in the first place.

The full reveal is unquestionably going to be at E3, but I’d be shocked and dismayed if Pokémon Switch wasn’t announced. I’ll make this prediction bold as brass; if they aren’t talking about Pokémon Switch in this Direct, then a 2018 release is not going to happen. At all. Sorry about that. It doesn’t need to be a big graphical showcase – perhaps just a glimpse at maybe one new starter Pokémon, it could even be tethered to Pokkén Tournament DLC. And that’ll be our lot until E3.

As I said, Smash Bros. and F-Zero would be E3 Headline Grabbers on any given year so I’m not sure why people are saying “this is it” – no, wait a few months, hell – I’ll say it; Smash for Switch will be a souped-up port of the Wii U/3DS versions with a couple new characters (Ice Climbers!) and at E3, they’ll say – “And by the way, you can buy it today.” And everyone will go absolutely mental. Tell me I’m wrong with how that’d play out…

With everything else here, Virtual Console seems to still be a sticking point but I do think it’s coming and I do think we’ll get at least a teaser for the new, revamped Virtual Console (which hopefully will tie to our 3DS/Wii U purchases). It’ll be interesting and people will cheer… but it won’t arrive until the Online Premium service in September and people will moan about that, despite the fact there’s tons of stuff you should be playing right now on the Switch. By the way, suggestion of the day for me: Detention. A great horror-adventure game with a pseudo-Clock Tower vibe about it.

SOME BIG TRAILER FOR AN UNANNOUNCED THIRD PARTY GAME.

Dark Souls Remastered has got me thinking; there’s got to be at least one unannounced third-party game that thinks, hey, let’s lead on the Switch. It gets a lot of headlines, it gets us good rep with the Switch userbase and we don’t feel like we’ve been lost in the shuffle of daily news!

DOOM and Wolfenstein II: The New Colossus (which I think will also get a release date, by the way) set the tone back in September too; if you think the Switch can’t get enormous exclusives and big current-gen games, then you might want to think again. Which is why I’m actually not going to mention a list of actual games; it’d be pointless because frankly, the world is Nintendo’s oyster at the moment and it could, given half a chance, have its pick of any pretty young game out there from third parties. It’s like saying “how long is a piece of string” – you need specifics, which we don’t have because it could be anything at all.

It probably won’t be actual gameplay – still waiting for Dark Souls Remastered in-game footage as well as Wolfenstein II: The New Colossus footage to boot – but it will be enough and remind the industry that the Switch is definitely not playing around here.

And the salt will flow.

Okay, this is my personal want but COME ON! I love this game. To have it with me, anywhere I want to play it? Oh sweet Dionysus, between this and Dark Souls Remastered I don’t think I’d get any actual gym work done on a given day! It’d make sense, it’s a lovely game and the Switch would be a perfect home for it.

I will start again and I will love it.