There was a lot of stuff in last nights Nintendo Direct.

Not all of it exciting, admittedly – I’m still not entirely sure why the Luigi’s Mansion remake is a 3DS title, and the same with Dillon’s Dead-Heat Breakers (it’s great to see Dillon still getting games, by the way, because I’m still a fan of Dillon’s Rolling Western). I said there’d be a couple of third-party surprises – Okami HD was great to see, South Park: The Fractured But Whole is another superb addition, Crash Bandicoot N.Sane Trilogy was predictable and Undertale… is Undertale. And yes, we got to see some Dark Souls Remastered footage – not much, but enough. Also, a Solaire of Astora Amiibo. I’ll have one of those for every room in my flat, thank you very much Nintendo.

But… man, that final bombshell.

So yes, Super Smash Bros. has been confirmed for the Nintendo Switch and jeez, Mario and Link looked menacing as hell (also, note it was Odyssey Mario and Breath of the Wild Link, I’ll get to that in a bit). The Inklings were a good call; what a lead in, and that pause as everything went dark and the Inkling Girl looked in awe and fear at the massive burning Smash logo was just… *air kisses* absolutely sublime. “One More Thing” indeed, Nintendo. One More Thing indeed.

The real question now being pushed around is this; is this a souped-up Smash 4 port, or an all-new Smash 5?

I’m not 100% sure – you never can tell – but we do know Masahiro Sakurai (Sakurai the God, for many Smash fans) is working on it and he has confirmed he has been working on this “for some time”. There was no gameplay footage and there were as I counted about 14 to 16 characters in silhouette under the Smash Logo. That’s not a lot when you consider how packed Smash for 3DS and Wii U (Smash 4) were.

First of all – it’d make sense. For those who are surprised, it has been four years since Smash for Wii U/3DS dropped on us, and the last DLC character reveal – Bayonetta – was in December of 2015. More than two years ago (two years and four months). It’s been all quiet on the Smash front since; and if this was a basic port, you’d think the whole roster would have been in front of the burning Smash logo, as if to welcome the Inklings to the fray. You wouldn’t have a selection of what seems to be “returning characters” welcoming the newcomers.

This is also, very likely, a taster for a big E3 reveal. A “hold onto something, we’re going in!” kind of deal. A full Smash Direct may be possible in the next few months but this keeps the hype going up to and into the E3 Season.

Now, before people groan about the idea of it being a “new” Smash – hold on, because Sakurai is at the helm again and if you weren’t paying attention before, Sakurai doesn’t care what is possible. He just does stuff. Crazy, great stuff like Cloud Strife in Smash, or Ryu from Street Fighter in Smash. Bayonetta is now a Nintendo thing so I assume that is no longer considered an outrageous addition.

And the thing is – those additions, and more, were happening when the Wii U was in a weak position; a distant third from the PS4, struggling to shift units even with critical darling games dropping with reckless abandon throughout its lifespan. Those were when Nintendo might have had to ask nicely, or even beg, for something big to carry their flagship fighter. However… the Switch is not the Wii U. The Switch is breaking sales records. The Switch seems to have third parties flinging their underpants at Nintendo right now. The Switch is a big deal; it’s the current market driver, the thing that is pushing growth in the industry, and Nintendo is back in a big, big way.

Now extrapolate from there – what isn’t possible with a Smash 5 on Switch? Nintendo, hell Sakurai, can have their pick of any character right now. Solaire in Smash? Entirely feasible. Crash Bandicoot? It’s possible now Crash is on the Switch. Amaterasu from Okami? I’d dig that. Mettaton? I… I don’t think Undertale fans could breathe seeing one of their darlings in full 3D in Smash but then again… Mr. Game and Watch. Just sayin’. And there’s clearly more that could happen and be offered.

If Sakurai could get Ryu and Cloud into Smash when Nintendo was desperate for something… what could be include now the industry is practically Nintendo’s oyster right now?!

THAT is why I suspect this is a “new” Smash; this is a new Nintendo console. A new era. A new beginning. The fire that is cleansing the past away, burning what once was away. Mario and Link in their new guises and models – that suggests that we’re moving on. A new title, with a few minor modifications – nothing major, but subtle enough to say “this is a new day”. Only a handful of the previous crew returning, basically clearing the decks, saying – “Now, who wants some? Who wants to fight Link and Mario?”

Nintendo needs this to be a wipe down, a fresh start. Yes, Smash 4 was awesome. We enjoyed the roster. But Nintendo has so much more it can do now – and so very many more characters and video games and series and franchises it can buddy up with (heck, South Park in Smash? No weirder than Bayonetta, though the swearing might need toning down…).

Sakurai had to unquestionably work his butt off during Smash 4 to include a variety of outside third-party characters. Now, they’re practically going to come to him.

Yeah, I’m thinking it’s a new dawn, a new era, a new beginning and a new Smash. Don’t even think of trying to predict who’ll be in it. I won’t be. 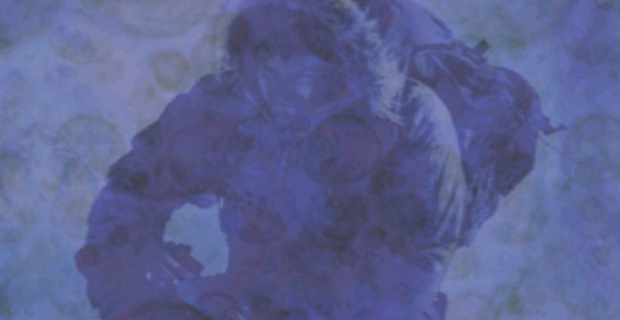 Nintendo: Seeing That Rock In The Sky…