And so, finally, details on the mythical beast that is Nintendo Switch’s Premium Online Service have been revealed.

It’s… what you’d expect, really. But I’ll do my best here at three in the morning to go through each of these features and what I think or what Nintendo could do better. Got that? Good, because this is gonna get a bit messy…

ONLINE PLAY – Battle it out or cooperate with players around the world in compatible games like Splatoon™ 2, ARMS™, Mario Kart™ 8 Deluxe, Mario Tennis™ Aces, and Sushi Striker™: The Way of Sushido.

Eh, this was always expected. A Premium Online Service was always going to paywall off the multiplayer and no-one seemed to give a damn when Sony and Microsoft did this, so expecting Nintendo to wildly differ on this front was a bit of a pipe dream. Still, it’s a good idea in theory as the additional revenue should allow Nintendo to further bolster the Switch and its Online System. I don’t think anyone is going to be shocked, surprised or that horrified but eh, what can you do?

I guess we expected the “Virtual Console™” to be added in this way, but I must admit I’m a little disappointed that it’s so far -just- NES games. The Switch is capable of so much more and frankly, I expected at least a few more console systems to be thrown in there to sweeten the deal somewhat. Whilst many pine for those simple days, there’s a wealth of absolute classics from the Super Nintendo era that would be perfect for the Switch’s off-TV screen, alongside the Game Boy Advance.

I know Nintendo wants all this stuff to have “online” features, but can I just be the jerk who says that kind of thing is a waste of time and effort? A few free games a month from the SNES/GBA/N64 eras would be tremendous, and Nintendo has the most enviable pool to draw from at that. Yeah, I know some people will like this but I get the impression already this whole “Online Leaderboards” thing will be hot for a few weeks and then people will go right back to bitchin’ about Gamecube games again. I think Nintendo will need to rethink this feature by the years end; it’s got fail written all over it.

SAVE DATA CLOUD BACKUP – Save your data online for easy access. Details about this feature will be available before the paid service launches in September.

Well, the crazy people at Nintendo might have just listened to their customers. That’s… quite a feat, even for one of Nintendo’s defenders over the years (though I equally enjoy smacking their bottom as well. It’s a problem). If you’re not quite sure why this is a big deal, you have to understand that Nintendo’s repair service requires sending a thing off and maybe you might get your machine back with the data intact, though it’s not likely.

No-one minds having to redownload stuff these days; that’s par for the course, and most countries do unlimited bandwidth deals so it’s not too painful to have to do that sort of thing anyway. Save Data, however, is precious. Who wants to spend 200 hours in a game only to realise that their saves are corrupted or their machine has died and they have to do that whole thing all over again?

… okay, I do, but that’s not the point. Cloud Backups mean that whatever happens, whatever the future holds for the Switch and hell, even if you pick up a new one, all those saves are there for you to access. No mess. No fuss. Just sync up the accounts and off you go. It’s a gigantic quality of life change; easily the single most important function that the Switch Online needed, and it’s refreshing as hell to see it finally coming. And yes, okay, it’s paywalled off, but then it is for Sony and Microsoft as well so… yeah, this is a pretty major win for the Switch Online. Without it even I’d have said it wasn’t worth any money at all. With it… it’s peace of mind, and that’s kinda priceless.

And from the sublime… to the frankly ridiculous. I know Nintendo wants this to be a “thing”, but the Switch is more than capable and as I’ve iterated on multiple occasions, the technology exists to have a headset work on the Switch. It’s existed for some time already. And whilst yes, most of us have Smartphones now (and that I can say that and be pretty sure I’m right is terrifying enough as it is!), I don’t exactly want nor need the additional hassle of having to get out a phone, open the app, work through what I presume will be multiple games (which I think might end up getting fairly messy the more games you have!) and then join a room and start talking.

To be honest, I’m not sure why Nintendo is making this such a big deal. The Switch is more than capable and a headset won’t require that much power from the device (and even then, the Pro Controller battery life is freakin’ INSANE! Puts the DualShock 4 to absolute shame!), so no. I don’t get it. But I think Nintendo will eventually come around on this front; they just need to see this flop, and I can say with a fair degree of certainty – this feature is going to bomb spectacularly.

Nintendo may be seeing huge success with their mobile games, but that doesn’t mean we all want a voice chat app. Well, we do… we just want it in our Switch.

SPECIAL OFFERS – Stay tuned for news on special deals and offers for members.

Again, no surprises here. And in fact, with this added onto the Gold Coins thing Nintendo already has on the eShop, I’d even go as far to say that Nintendo is being pretty damn generous with this kind of thing. Of course, this is very much going to depend on a few things; how much of a discount will people get? Will it scale? Will it just be a few more games a month? Will it replace the actual Special Offers thing on the eShop right now? Who knows. But if it’s good, it will really make the Switch look like a solid place to buy games, and hey, that’s all pretty good stuff in my opinion.

That’s… actually a surprise, because I thought Nintendo was being optimistic about its proposed prices when we first got wind of them. But no, here we are, and they’re less than half that of the PlayStation and XBox Variations by the looks of it. That’s pretty good value for money, though admittedly I suspect this might increase if and when bigger games start being thrown around for “free”.

The Family Membership is very interesting; I presume that’s for two or more Switch units per household and that’s a damn good deal. Nintendo has been wary of binning the 3DS because it sees that as it’s “individual console”, with the Switch being a “household console” (i.e. only one per household). But if the prices start to drop, if the deals start working their magic over the next year and if Pokémon Switch magically appears before April 2019, some households will indulge in a second unit. Kids will want their own. It will become a much more personal device, and giving a good deal on the membership when you have that going on is an absolutely blinding bit of business. I mean, it won’t be much of a deal until it reaches that Pokémon ideal of having one for each kid or fan in the household, but it’s still great to see Nintendo is preparing for the eventuality. Saying that it’s a thing they are prepared for.

It’s decent enough. The price is good, the Cloud Saves is 100% worth the entry fee for most people and I guess getting any free games isn’t a bad thing, though I’m still not excited about NES games. Hey, I liked the NES Era, but it’s fairly limited in scope and I’d rather have seen a more expansive console library begin to develop from the outset.

Of course, if you have a Switch and you play games online… well, this is kinda redundant, isn’t it? You’ll have to pay up. But still, peace of mind with Cloud Saves.

Is it going to rival PS Plus or XBox Live? Eh… right now, I’ll give that a tentative “no”. The ideas are good, but Sony and Microsoft are giving away a lot of great games of late. Yes, it costs more. But still, come on, SNES. N64. GBA. Why be so limited out of the gate? Zombies! Ate My Neighbours with online play oh god I need that in my life… that was about to be a joke when I started but no I need that stuff in my life right now, and I mean literally right now Nintendo. Do you hear me? Right. Freaking. Now.

But it’s a decent enough start. And seriously, Nintendo, if you ever read this… ditch the smartphone app. Seriously. Save yourself the PR headache right now… 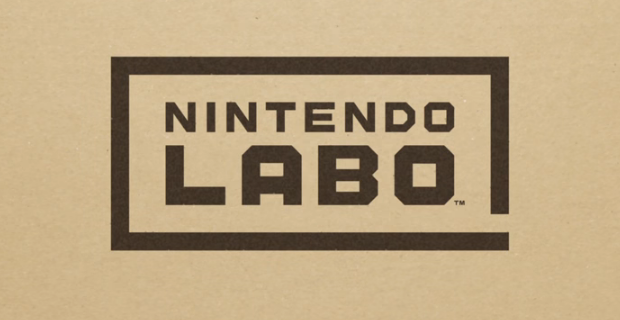 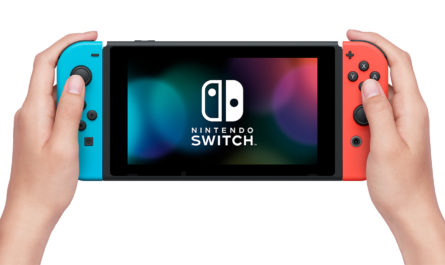