So finally, after what feels like an eternity, we’re finally getting actual honest-to-goodness gameplay footage of the Resident Evil 2 Remake.

In truth; it looks great at times, yet at others a tad lazy. I understand this is built in the RE Engine, that we first saw in Resident Evil 7, but I never liked the UI in that game all that much and it’s back with a vengeance here; not even trying to cover it up or at least echo the original game in any way shape or form. Plus things like taped-up boxes and obvious clues leading you around are imported wholesale from Resident Evil 7 as well; the taped-up electrical box was the exact same one in RE7, because apparently America buys this model and the aforementioned tape in bulk nationally for some reason. What, is it a two-for-one deal?

But when the demo got into its stride – boy, does the remake look sensational. Dripping in atmosphere, with the old classic tight corridors and an even greater sense of menace with violent door physics and that zombies can and will climb through windows and smash down doors… it’s incredible to look at in these moments, and the zombies and grizzly death scenes (of which, with a broader supporting cast to ruthlessly pick off, you’ll be seeing a LOT of!) have such an attention to detail. At one moment, going through what appeared to be the classic Licker Hallway, Leon stopped to check out an officer whose radio was still going. Yes, the Licker had got to him; but no jump scare, it just showed you straight-up what this mutant monstrosity is capable of – shearing a mans jaw clean off its hinge. That’s more development for the Licker in one scene than they gave the poor thing in almost twenty years. I’m actually really hoping that kind of attention to detail keeps cropping up; it sets the mood – i.e. you’re in a very bad situation against things which will murderise you without hesitation – and expands on the series canon somewhat, explaining why exactly you should be extremely afraid of these things, giving the fans something to digest.

It also looks significantly harder; it’s been totally overhauled, the RPD is very different (though considering it was in the Outbreak games, this is not a shock) – instantly familiar, to be sure. The statue is still there, the layout at least visually appears to be somewhat the same but the front desk… is at the front now. And some hallways have been changed, expanded or directed into new rooms. This is way above what the original REMake did; sure, it added new places but the overall layout wasn’t so radically different, but here the Raccoon City Police Department and Raccoon City in general have been extensively redesigned. That’s not a complaint though – it’s a REMAKE, something some fans keep overlooking in the search to find something to turn their noses up at.

I’m not even that bothered by the character redesigns – Sherry looks somewhat like herself, sort of. I mean, super-high-detailed and all but it’s a little blonde schoolgirl on the run from her mutant father, not exactly much you can do with that. Claire Redfield is a given; she was radically different in Revelations 2, and yes you can argue twenty years of fighting zombies and mutant outbreaks can age a girl beyond her years and so on but Claire was clearly based on someone else in this moment, and I’ll say it – I didn’t mind New Claire. RE2Make Claire looks like a twenty-years-younger version of New Claire to me. It’s simply tying it together (though admittedly, they did try to redesign Claire’s look before – twice, in Code Veronica AND Mercenaries HD – so come on, don’t tell me this shocks you).

I even think Leon looks better; there’s a long-running joke that Resident Evil 2 OG Leon looked like Leonardo di’Caprio, and yeah, it was true. It wasn’t remotely subtle or anything. New Leon now looks like a rookie cop more than a male model strutting a zombie-infested catwalk; he’s lost some of the chiselled good looks and has a cheeky-style face now, I think the word is “cute”. He looks like an idealistic young man caught in an impossibly terrible situation. It works, is what I’m saying. And whilst we haven’t seen Ada – looks like Ada has a slightly new wardrobe, which again, considering her original costume involved see-through material, makes sense (didn’t stop Jill from rocking a boobtube in the sequel though, did it?). Hell, even Marvin resembles his Outbreak look – which pleases me no end, I’ll tell you that much.

RE2Make appears to be much slower paced than the original game, but it does also appear to be faster than Resident Evil 7 which was an absolute pig in spots. I think that’s a perfectly decent compromise, to be fair; I’ve got memories of burning through Side A/Side B files in 90-120 minutes, and I obviously expect more than that from a modern game of this kind of scope. Nimble enough to feel right, but not so nimble that you pose a threat to the land-speed record…

As for Leon and Claire (and, obviously, Hunk too) – there’s no Side A/B here. Leon has his story, Claire has hers, as does Hunk and it appears all of them interweave at some point to tell a canonical new basis for this game – again, a solid decision. I like the OG REMake a lot, but the Chris and Jill lines contradict each other and the actual canonical “story” to that game is kind of a mix of the two; or in other words, not the actual game you played. As long as the campaigns are of a decent length – and considering how massive the RPD now looks, I’m going to guess that this is going to be a game of considerable length – you’ll get three solid stories and a foundational benchmark for this period of the series again.

I think it’s fair to say this is mega-ambitious and the RE Engine, whilst clearly a labour of love, wasn’t built with third-person over-the-shoulder gaming in mind; the framerate seemed to be all over the place, between 25 and 40 frames a second. And I’m presuming that was on a PS4 Pro, so congratulations if you haven’t upgraded yet because Sony and Capcom are clearly going to give zero f***s over base PS4 owners on this front. That’ll go down well, I’m sure. Personally, I wouldn’t mind it hovering around 30fs, or a stable 30fs if possible. This is not the sort of game where 60fs is going to be life or death, Resident Evil never has been that kind of series really. But I was on a solid stream and I noticed it, and I know many have spotted that too. However – considering we’re still seven months out from release, there’s time for optimisation… though seriously, this will probably hurt old base PS4’s and XBox One’s. And I doubt Capcom gives a toss.

Equally, I think there’s also more than a few audio issues. Again, stream was solid enough but there was some audio lag in spots. Again, I’m sure this is an optimisation issue and this won’t appear in the final product, but hey, I’m just saying – it’s something they need to fix. And at times I also think there’s a touch of texture pop-in; I mean, Leon crawling under a shutter and shining his light around before hauling through proper was cool and all but there wasn’t exactly any detail when he shone the light around – it seemed like he was just shining around a black box than a hallway.

… and yes, I know what you’re thinking; hidden loading screen. That is a valid answer too.

On the whole though – I think this is a serious Remake, it’s changing a lot of things and there’s even a touch of the old 1.5 stuff in there as well, with other officers dying and all. It’s a comprehensive retelling of a firm favourite and whether the later story holds together remains to be seen… but I doubt it will suffer there, it’s not a complicated tale by any means. Some fans will be shocked at all these changes, but I think it’s good and I’d even like to think this could be the beginnings of a more considerably serious franchise reboot; something I’ve argued Resident Evil has been in need of for a long, LONG time.

Performance is going to be the big question; it’s an impressive looking game that’s really going to push modern consoles to their limits, and considering the PS4 Pro/XBox One X audience is small (and there’s already been talk of the next-gen in the pipeline) I’m not wholly convinced this is the best timing… maybe? Just putting it out there, might have been a more solid angle for a next-gen game or just scaling back a touch on the graphics, maybe. It looks amazing but my Launch PS4 is still chugging along… I’m fairly convinced this game might kill it. Though I’ll say it – I’ve never had a game that has actively murdered a console before. I’ve had games which couldn’t be read by a console; the original God of War was fairly notorious for that, thanks to a change in lasers in the PS2 Slim models. But I’ve never had a game so graphically and technically ambitious that it actively made my console die horribly…

Overall, I’m very on board with the RE2Make and can’t wait to get my teeth into it.

… but I suspect pushing people to buy a PS4 Pro or XBox One X in the dying throes of a generation is an extremely unwise decision that could backfire spectacularly on everyone involved. But hey, that should still be rather fun to watch… 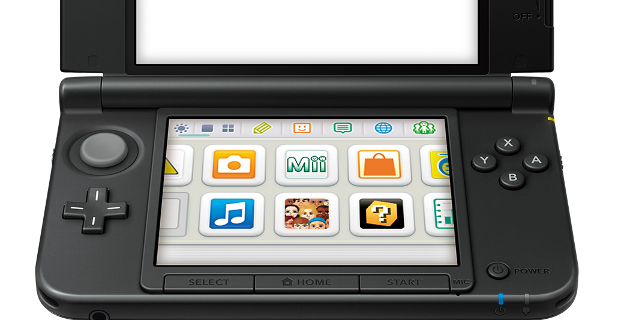