There’s been a lot of debate and discussion over the whole Fortnite accounts thing.

If you’ve been under a rock the past week – I wouldn’t blame you – this is the basics. If your Fortnite account is linked to a PlayStation 4, then it cannot be used on an XBox One or Nintendo Switch version of the game. Whereas the others can be freely interchangeable with the PC version, depending on what you’ve got going at any given moment. Sony used the backlash to essentially brag about the 79 million PS4 sales – which is a nice figure though it means that the Nintendo Wii and PlayStation 2 sold 100 million way faster – and other things, whilst saying it as “listening to its consumers”.

On the surface, of course, it’s hard to disagree that Sony is the company that can do what it pleases right now. Even if you count Wii U sales, Nintendo (and Microsoft) have barely shifted half of Sony’s home console hardware sum this generation. Why should Sony give a competitive advantage to its rivals? What does Sony actually have to gain from freely letting people sync up their third-party accounts to other consoles as and when they fancy, when Sony would much rather they were still playing on the PS4 and buying things through the PlayStation Store, thereby generating Sony actual tangible money? It doesn’t make sense… does it?

Well… here’s my take on it.

Of course Sony can brag about what it has now. But Microsoft has already signalled the announcement of a new hardware generation – Phil Spencer casually dropped that at the end of the XBox E3 Conference, which did sort of undermine an otherwise packed show of games in comparison to every other showcase this year. Sony’s position as top-of-the-heap console of choice for the majority has a time limit now; and the days are counting down.

When the new hardware drops, all companies start again from zero. It’s just how we do things in this sphere and I’ve argued before this wiping down of the slate is actually very important, because it means that console manufacturers cannot rest on their laurels and when they do, bad things begin to happen. Complacency is a killer in this industry; assuming that your audience will stay with you is the dumbest thing you can do. It has NEVER worked. For anyone. Sega failed on this, thinking everyone would jump on board with the Saturn. Atari? Yup, they were guilty of thinking in an era of Japanese-driven hardware that they could continue to pump out a new console every 12-18 months with little to no compatibility between systems and everyone was going to be fine with it. And as we know; Nintendo, Microsoft and Sony have all been victim to this as well.

Here’s a scenario: The PlayStation 5 and the XBox “Scarlet” go head-to-head within six months of each other.

One of these consoles is a walled-off garden, isolated from the wider industry, with a bunch of games that are no doubt fine but mean you’re playing with others who bought that console. The other one launches with games like Minecraft, Fortnite, Paladins and others, and allows cross-play with millions of other players meaning jumping into a game is quick, easy and painless. Which looks like good value for money to a consumer? Hint: it’s the one that lets them both buy and/or play their older games, and makes getting into a multiplayer match fast and effortless. Considering there may be little cash difference between the two machines, why bother with last-gen attitudes when the general consensus has already agreed that cross-play is good for consumers on the whole?

That’s what Sony’s fans forget – they’re thinking short-term. Why give the competition any concessions now? When the reality is… Sony already won. Yes, the Switch may possibly start to catch up (let’s not forget Sony and Microsoft clawed back a hell of a lot in the last couple years of Gen-7) but it’s kind of fruitless. Switch may come close, but it isn’t likely to dethrone Sony this generation. There’s such a thing as being a bad winner.

If Nintendo and Microsoft and Steam are all sharing a pool of players for multiplayer matches, then that’s fine. The PC “Master Race” gets to play with a 4K “Scarlet” and a 1080p Switch, and everyone is enjoying the same game with varying degrees of visual resolution (so like PC gaming in general then). For some people, that’s even easier. Switch for handheld portability, “Scarlet” for the Home Console and a decent PC to be all snooty and stuff. That’s a tidy gaming room setup… and note that Sony doesn’t even begin to factor in there because… why pay for that last-gen attitude?

Look, Sony should know how this ends. I remember the $699.99 announcement of the PlayStation 3 and the reactions to it, and then the reactions when then executive Ken Kutaragi said this; “for consumers to think to themselves ‘I will work more hours to buy one’. We want people to feel that they want it, irrespective of anything else.” People were rightly pissed at the arrogance, and it took Sony almost six years before they even began being remotely relevant again (which was a shame, because Demon’s Souls was awesome and yes Sony should get that remastered). Why fall back into bad habits now? Because Sony probably believes the PlayStation brand is, again, untouchable. Which I don’t think it is; winning a generation by default is hardly worthy of celebration, is it?

The industry has already changed; there’s no two-ways about it, and Epic already showed last year how easy it would be to enable cross-play, since they did it “accidentally”. This isn’t a thing PlayStation gets to resist… companies have already transitioned to this market model. Even Nintendo. Sony can’t afford to be left behind and it can’t afford to become consumed by this notional concept that its market will stay when the tides change again.

Gamers, Developers and Publishers are fickle creatures. It’s usually best not to give us a reason to beat on you…

So, Thoughts on EA. It’s been a while… 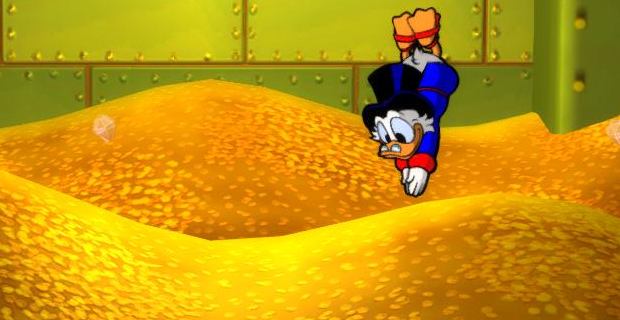 18 thoughts on “Sony: Learn From The Past. Do Crossplay.”