The International Olympic Committee has made its stance on eSports becoming ‘Olympic Events’ quite clear.

“We cannot have in the Olympic programme a game which is promoting violence or discrimination… So-called killer games. They, from our point of view, are contradictory to the Olympic values and cannot therefore be accepted.”

Which you’d think is a reasonable take (if we ignore the violence and political intrigue the Olympic Games have had in the past – also martial arts etc.), but there are many people in the games industry who are really cross. I’ve seen professionals call this “backward”, or “not understanding the cultural impact of video games”. Some responses have been even more blunt, suggesting that in time, more people will play Olympics-endorsed games than will watch the Olympics proper.

And all of that may be true. People may be right, or they may be wrong. My take on this isn’t to invalidate your opinion on this issue. It’s got plenty of angles and I’d even suggest they’re all valid angles to take as well. I know. Crazy, right?

Personally, I happen to believe that the IOC is right. But I think they’ve got the wrong reasons for getting to that conclusion as well.

eSports are a growing phenomenon, and there’s a lot of money and sponsorship and talent going into this arena. It’s a competitive market, and some games are actually fun to watch people playing which makes it all the more fun. Super Smash Bros. Ultimate is going to be wild, that much I know for sure.

The problem is the nature of the Video Game space.

By this, I mean that every so often a game gets absolutely massive for a short space of time and then that popularity vanishes almost as quickly as it came. What is culturally relevant one year might not be relevant in another, and this posits an important and valid quandary for organisations like the IOC… what exactly would you even put into an Olympic eSports event?

People spend their entire lives training for that one moment in the Olympic Spotlight. The events at the Olympics – the Track Events like the 400 and 800 metres, events like Rhythmic Gymnastics and Equestrian Dressage, Football and Judo, Pole Vaulting and Syncronised Swimming – these are tried and tested through decades, if not a century, of being there and there is a certainty to these events which allows those who partake in them to dedicate their lives and careers towards being good enough to go for those gold medals. You know that the rules won’t change; they’re set, rigid, and you can go into these events and be reasonably expected to know that there isn’t going to be anything sprung on you.

Video Games are, comparatively, rather transient in nature. In 2016, Player Unknown’s Battlegrounds was the hot new thing. In 2017, and into 2018, Fortnite took over. One year DOOM is the current relative hotness, then the next year Splatoon 2. There’s no rigidity to what is and isn’t “relevant” in the video game space and that does not lend itself to the idea of someone spending many, many years learning all the ins and outs of their chosen video game only to end up not getting the chance to compete because their game just isn’t culturally relevant any more.

Then there’s the business back-end. What if a company goes belly-up and the rights to host these games is lost in the mire of arcane legal chicanery? What is a company is caught “bribing” the authorities to let their new hotness in over another game? What if people just aren’t playing it and there’s barely anyone willing to compete in an event – all that time and money wasted, and it’d be terrible for a companies image at that.

This is what makes eSports a volatile space right now; it’s so new, so recent, so fresh and sparkly that there’s none of that Olympic Certainty; no rules, no guarantees, no promises.

That’s not to say it couldn’t MAYBE be a thing; but this is going to take time, and we need to have genres and games that are able to stick around (and that also might mean having to give up those rights and put them in the public domain for training and educational purposes – can you see anyone in the games industry even considering that for a nanosecond?). So many of the Olympic Sports aren’t just tried and tested in the Olympics; some of these disciplines have been around for centuries, in cases like the Discus we’re talking thousands of years. They’ve survived wars, the collapse of civilisations, the births and deaths of nations. Video Games, in the grand scheme of things, are a tiny blip on two millennia of sporting prowess, chained to the ebb and flow of a market whose tastes and preferences shift on a yearly basis, where even those involved with the games may be shunned and outcast not a short time later.

Right now, eSports have to remain somewhat in the peripheral vision of things like the Olympic Games. And that’s okay.

Because Video Games aren’t going to magically disappear overnight because the IOC decided that eSports weren’t valid right now; remember that this industry has survived one major market crash in the 80’s (and a small one a few years ago), political and legal interference for the most part, the video game nasties campaigns of the late 80’s, mid-90’s and mid-2000’s. And it survived Anita Sarkeesian as well. (I’m kidding… well, half-kidding…)

This is just an industry that isn’t really currently suited for something like the Olympic Games, and the strict rules and guidelines that would absolutely need to be super-imposed on anything that got in the relative airspace of the Olympic Games. eSports as they stand need time to grow and mature; right now, eSports’ proponents are trying to do far too much far too quickly and I think that, in itself, is worth keeping in mind. Why the rush? What do they have to gain – and how much does a company have to lose as well?

eSports will be a thing. And I am quietly interested to see how it develops as well. But let’s establish baselines before we even begin to push for something as ambitious (and prestigious) as the Olympics.

Indeed, right now there’s only a single game I would absolutely 100% suggest would fit into the Olympic Games and its very strict doctrines and rules sets. 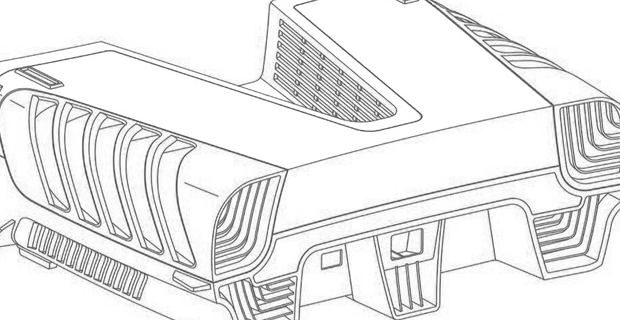