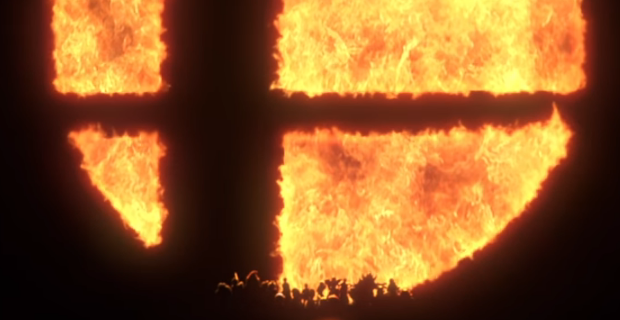 Before the Anti-Nintendo Mob proclaim victory, think carefully. And wisely.

“We aren’t really fixated on our consoles. At the moment we’re offering the uniquely developed Nintendo Switch and its software – and that’s what we’re basing how we deliver the “Nintendo experience” on. That being said, technology changes. We’ll continue to think flexibly about how to deliver that experience as time goes on.”

Which sort of makes sense – right now, the Nintendo Switch is doing well and the company is, wisely, going to focus on making the Nintendo Switch the best thing it can be – and with the line-up they have for 2019 already announced in the last few months, like New-Gen Pokémon, Animal Crossing, Fire Emblem, Shin Megami Tensei 5 (and possibly Persona 5), Mortal Kombat 11, Doom Eternal – and these are just the bigger names, not including Luigi’s Mansion 3, Yoshi’s Crafted World, Yo-Kai Watch 4 and others, 2019 is likely to be a very big year for the Switch.

But before people proclaim the Switch as “The Swansong” or “Another Dreamcast” (which in itself isn’t technically an insult, by the way, because I LOVE the Dreamcast! Gimme Mini Dreamcast now!), think about that last part. Flexibility as time goes on. What does it mean?

For me, it means… times are changing. And companies must change with them.

In the UK, we’ve now pretty much gone full digital. 80% of games sales and revenue is now digital – that’s a staggering figure, all the more surprising when you consider Smash Ultimate was Amazon’s biggest games seller of 2018 – and had all of three weeks to make that impact. More and more of us are buying and downloading our software. It’s convenient, it’s getting quicker and… it’s always there. No fiddling with changing discs or cartridges, no getting out of our seats… well, me getting the wheelchair lined up but still…

Take a look at Sony and Microsoft too; sure, they’re working on new console hardware. But they’re also focusing on their digital services – PS Now! and XBox Game Pass. Nintendo isn’t the only company worried that hardware, as a thing, may not have a bright future.

So what does this mean? Take Blockbuster.

It was massive for decades, a video rental service. You paid a few quid, you “borrowed” a movie for a weekend, you took it back. That was the thing people did – VHS was still £15 a pop even in its cheaper days. The same is true of DVD, they still held a £15 value (and many still do). If you’re only going to watch once, then rental was the obvious way to do it.

But then streaming came along – Netflix, LoveFilm (now Amazon Prime Video) and other more specialty streaming services like CrunchyRoll. Now you could pay £10 a month – which is four weekends of rental – and you can watch ANY film in their library of hundreds, possibly thousands, any time you wanted and at no additional cost. No going to the store, no late fees if something comes up or traffic is bad, no effort required.

Blockbuster went under because it couldn’t survive in a radically altered market. In a radically altered DIGITAL marketplace. It happened with Music. And the same is happening with HMV in the UK right now, and as I’ve written about on this blog, GameStop isn’t faring much better. We just… buy more of our stuff online now. We don’t have to lift a finger or work out transportation or check the traffic reports; it all comes to us, and it’s cheaper.

As the market becomes more digital, and transitions to streaming (though that technology still requires substantial work and thought put into it), ask yourself; why would you NEED a games console? You don’t need 4K-Capable hardware; just the TV. And if the TV can download an app, and you just use a controller (thankfully we’ve largely settled on the standard controller format these days – unless you’re playing Smash Bros.), why do you need to spend even £100 on a branded box for this stuff?

We’re talking A future here, of course. Possibly our future, but this won’t be sorted for Gen-9 and I’d honestly be shocked if the technology is laid out fully for Gen-10 consoles at this rate.

We still have to work out price, we’d have to work out how to overcome latency, and remember – none of the data is client-side in this future. All the data is coming down the pipeline, and that’s not a problem for movies that can afford to mess up portions of a frame, or music which is usually quite compact, but in a video game – lost data is a BIG problem.

But it’s a possible future. And I think Shuntaro Furukawa is, if anything, at least aware that in ten or twenty years… you may be playing your new Nintendo games via the Nintendo Online App, through your Smart TV, with a generic-brand controller. We’ll have gone through the same transition as Movies, TV Shows and Music. Games just have slightly more data to worry about. It’s going to take longer to make that transition.

Fortunately, that day is far enough away for Nintendo to get a clue about how to handle its online services. Right now, it’s early for Nintendo in this field – it’s even arguably behind compared to its rivals. But by voicing the possibility, Mr. Furukawa is simply acknowledging that the industry is evolving, changing, rapidly so. It shocked me that the UK Market is now 80% digital. We’ve just… transitioned so seamlessly that it barely even registered. I just hadn’t noticed that I bought six physical games this year and…. err… a lot of digital ones…

Like so many things, we barely notice as we gravitate towards convenience, ease of use and cost-effectiveness. We just move seemingly without conscious thought. Mr. Furukawa is, in his interview, merely pointing out that there’s a potential meteor in the sky that can and likely will fundamentally change the games industry, and that Nintendo is… at least aware of its existence. Which is a good thing, isn’t it? That they are aware of where this technology may invariably lead…

And let’s face it. Nintendo knows a few things about menacing objects looming in the sky.

New Labels Are Good; But Be Specific.