Please note; This post may contain light spoilers. Nothing major, but slight ones nonetheless, though arguably you’ve had 20+ years to play the original so I’m guessing this warning is moot… – Exasperated Editing Kami.

My apologies that this is late, as you may know I had some… tiny issues with my PS4 giving up the ghost last week a couple days before Resident Evil 2 Remake dropped. I thought that it would be RE2Make that killed it; seems it committed hara-kiri before it could even get the disc in its mouth. It was a launch one though and it’s sounded like a jet engine for the whole time so…

But that’s all sorted now. So let’s cut to the chase. I… may have a reputation for knocking Resident Evil.

I’m unfair because the mainline series has been terrible for a while now. Resident Evil 5 was just the worst, Resident Evil 6 was all over the place and Resident Evil 7… I finally worked out what made me hate it. It’s the point in a series that’s lost its identity so thoroughly that it literally crams in every trope, reference and homage possible to paper over how wafer-thin everything is, ultimately being and saying nothing. It’s a stitched-together monster with no soul of its own. So it doesn’t… do anything, just stands there, staring.

The good news is Resident Evil 2 Remake is GREAT. Perfect? Not so much.

Many claim RE2Make takes cues from Resident Evil 4, but in reality I think it takes more cues from Resident Evil: Revelations, with tight corridors and smart little touches like pushing and peering through cracks in doors. The dark, dingy atmosphere and heavy emphasis on weather and lighting effects leans into that sense of looming dread, that something is very wrong, where the setting is as much a character as Leon or Claire.

Where RE2Make succeeds is in paying loving tribute to the best in the series; the Revelations-style is palpable but the Quick Turn is back (not great but it’s there), Defensive Items make a return from the first Resident Evil Remake, the T-00 (or Mr X.) has taken ample cues from Nemesis and become a much more present and terrifying beast in his own right and the Combat Knife has a versatility and use that hasn’t been seen since Code: Veronica X. Hell, there are moments where the game makes a few weirdly direct Silent Hill references (including the music, which I approve of).

But it never stops feeling like Resident Evil 2. It stays focused on doing its own thing, on enhancing a solid base, and it is all the better for it.

The redesigned layout of RE2Make is exceptional. The Raccoon City Police Department now feels like a PLACE, more than a setting, and the Sewers are slightly outside the RPD as well, making more logistical sense. The addition of the Orphanage is a neat touch, and the laboratory (now called NEST) has that retro-tech pastiche that just works. It’s still set in 1998, so the VHS tapes are there and make sense now, and the low-tech solutions sit well inside the time period.

All this helps make the game substantially longer; a good four or five hours per playthrough for a first time, with A and B sides for both Leon and Claire, as well as Hunk and Tofu getting a little more love. Unlike Resident Evil 7, where everything felt disjointed, RE2Make feels mostly tight and uniform and unified, with all but one thing connecting with each other – even when it’s being a little silly with Tofu.

So it’s great. As I said. What didn’t I like? The first glaring issue for me is… Ada Wong.

I adore Ada, but this reworked version… not quite so much. She’s a bit more straight-laced this time, which I could dig if they had the balls to commit to Ada being an FBI Agent proper who is wooed by Leon’s charms – but they don’t. Nor do they explain how Ada got such credentials. To add insult to character assault, Ada’s little section is easily the absolute worst part of this game. No question about it, it’s neither particularly difficult, it’s not tense nor does it really add anything aside make Ada look a bit silly.

Compared to the excellent thrill of Sherry’s little stealth segment – which actually WORKS, I know, colour me shocked and pleasantly surprised – Ada’s looks shockingly out of place and overwhelmingly out of step with the rest of the game. It’s a real shame.

Then there is the supporting cast – yes, some of them are getting added in DLC scenarios in a few weeks, like Robert Kendo (not really a spoiler since he was in the original) or The Lady In White, again not a spoiler – though she does have a name now; Elizabeth Warren. Also a soldier I presume will also die horribly. But there’s so much that RE2Make misses; no Brad Vickers (though he’s sort of there in spirit). No Elza Walker, except her biker jumpsuit costume for Claire. Hell, considering the timeline – I’m shocked there’s no CCTV footage of either Jill or Nemesis. That seems like a fairly glaring issue considering that several spots look like the big ol’ Nemmy had stormed through them. And there are a few VHS tapes; don’t tell me Nemmy is cleaning up after himself now! His messiness is part of the charm…

The game still has a number of glaring plotholes as well; Ada Wong is just a walking plothole at this point (and I still love her in spite of that), the letter from Chris Redfield is… weird and not at all well-explained, though I don’t think it’s hard to crack the code there. Then there are just weird little bits, like how the RPD door gets barricaded – I mean, you’d presume that Marvin does it but does Marvin look like he’s in any fit state to lug around that heavy stuff?

Speaking of which, as awesome and focused as Resident Evil 2 Remake is – there’s still far too much throwaway content. The knife opening at the start is the ONLY time that mechanic is required – meaning from there, knife combat is an option and not a precarious balancing act in case of future box opening (there are plenty of taped-up lockers and crates but none open). The Window Boarding sounds awesome but frankly amounts to little more than saving you from a couple of zombies maybe, you still have to go back to board up the windows and by the time you do that – they’ve already broken through or are pouring through the open windows. Making that first bit down by the 1st Floor Dark Room equally throwaway.

And the Gunpowder Combining is also a bit… lacklustre. I get what they were going for but the best part of that in Resident Evil 3 is that you can make ANYTHING, and the more you make – the better the stuff you make is, giving you a reason to consider what you want to use it for. RE2Make is just combine two items, get either Handgun Ammo or something for one of two other weapons. That’s it. The end. It really needed an Ammo Tool or something to make it just click better.

It’s also, unlike Revelations, a bit dour. But this is an inherited flaw; Resident Evil 2 was always the straight-laced sibling compared to the silly first and the outrageously daft sequel. It’s why I always defer to the third game – Nemesis – as the eras highlight, both in contextual tone (both in and out) and in gameplay mechanics, which as I mentioned earlier, RE2Make swipes wholesale. Some prefer that; others prefer the tongue-in-cheek OG or Nemesis.

I’ve always been a Nemesis fan, and always will be, and I think humour is even more important in horror. Bring people back up for air and calm them before once again shattering their nerves. Resident Evil 2 Remake just still doesn’t, for me, have the same hook as Nemesis. Or the very first games scintillating and badly-delivered (in the best way!) dialogue. It’s scary and thrilling but this zombie dog has no teeth and no claws.

But for all those gripes – I can’t deny that I very much like the game overall.

It’s mostly everything you’d want from a proper, modern Resident Evil game. It’s spooky, scary and has the visual flair and now budget to back up those old ideas. The RE Engine now looks like the best money Capcom has ever spent. And it shows just what the series can be in a new, more demanding era.

It’s a shame it’s not absolutely perfect, but compared to previous mainline entries – it’s head and shoulders the best Resident Evil since Resident Evil 4. Or the best since Revelations if you want to count that.

Hopefully this is just the team getting their eye in for Resident Evil 3 Remake. Can you imagine how terrifying Nemesis will be in such a thing?

Ooh, there are the tingles again… 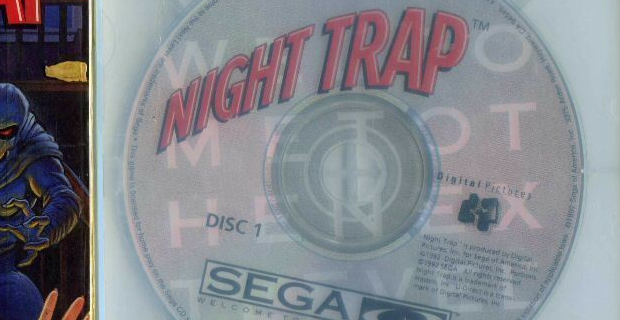 New Labels Are Good; But Be Specific.