You may have seen a lot of “Professional Games Journalists” talking about Sekiro: Shadows Die Twice. You might have seen the massive (if in my view somewhat inflated) review scores, or you might have seen the flood of think-pieces screaming for an “Easy Mode” to be added, for some in the name of ‘inclusivity’.

And you’d think being disabled and monocular that I’d be all down with the inclusivity.

I mean, it sucks that it’s hard enough to find a new place to live that is wheelchair accessible and within a relatively reasonable distance to local conveniences so I don’t have to rely on outside forces/other people. It sucks that everyone tells me how amazing VR is when one-half of the display is completely lost on me. It sucks that we still live in a world where access to many places, shops and facilities is restricted on the grounds of being confined to a wheelchair – I miss going to the gym. I really do.

I’m putting a pudge on and I’m not happy about that.

But – life isn’t always fair. It’d be nice to say it is – and believe me, many absolutely do try their damnedest to accommodate everyone. It’s just that expecting every person on the planet at their job to be accommodating and, you know, not having a really crappy day at the time is a pretty tall order.

People are different. And if one place is all pissy and angsty – sure, you can kick up a stink and make a fuss and embarrass a few douchebags here and there. But it’s easier, faster and often cheaper and less stressful to calmly say, “Okay, I shall take my business elsewhere” – and, well, go elsewhere.

Why should video games be any different in this regard?

Sekiro is clearly not a game for everyone. I have to confess, I don’t even know if it’s a game aimed at me – and I like a bit of pain. Do I like it? Sure. Am I enjoying it? Of course. Could I argue that I should have bought it on a sale? Yes.

I’m getting old. Even with one good eye, my eyesight and my reflexes aren’t quite what they used to be. I went back to GODS, courtesty of the GODS Remaster. I used to be able to fly through that game. It was excellent. But over two decades later… that game is breaking my balls, my back and my will to live all over again. It’s as brutal now as it was back in the day, and the 3D/Modern Graphics mode is… actually alright, but I do prefer Ye Olde Pixel Arte because again, I’m an old fogey.

That’s okay though. Not every game works out for everyone. Hell, why do you think most of us write WORST GAMES LISTS every year? And I know for a fact – I’ve had picks that shocked and horrified people. But they genuinely don’t do it for me – Resident Evil 7 being one of the best examples. I lost friends over that…

On one thing I might agree with the journos though – the bottoming out of the pre-owned market does make buying a game you aren’t quite getting anything out of all the more frustrating now.

Because we used to just take a game we didn’t like back to the shops for some store credit/trade-in value and… put it towards another game. Sure, we lost a little money but we used to still get a good £20-£25 out of it… some games we got even more. It was the penalty for buying into hype, not doing your research and so on. Today, you’re lucky to get £10 for most games if they’re not top-tier Nintendo Switch titles. And if you bought it digitally? You, my friend, have to live with the shame of having another title in your library glaring at you, day after day, week after week, annoyed you wasted its time as well as your own.

So being rid of a game you’re just not into these days is just a lot more difficult, and it’s now more often a more costly error of judgement.

However – that’s the market we live in. The “game” in that sense has changed so completely in the last few years that it’s almost as if it happened magically and overnight.

But that doesn’t mean I’m down for an “Easy Mode”.

There are other games out there to play, to look forward to. Sekiro is obviously not the only victim; Resident Evil 2 Remake had a similar case made against it (frankly, I didn’t even think RE2R was all that hard but to each their own).

There’s an assumption that because you paid for a thing, you should be allowed to finish that thing – which begs the question how or why anyone thinks MMORPG’s or Games As A Service are a good idea at that point, because you’ll be paying for years – spending hundreds if not thousands – and you will never finish said games. This isn’t a new thing – World of Warcraft was almost fifteen years ago now, Final Fantasy XI – which I believe is still getting a remaster for modern mobile devices – is older than that. And we were paying for online gaming even before that, too.

We get suckered into what we want sometimes – but if we’re to agree that video games are an artistic medium of sorts (even if I remind people again – you’re buying a video game, not a Monet painting) then we must also consider what the artists wanted their vision to be in the first place.

(Editing Kami – YES I am aware Sekiro began its development as a Tenchu game. Thank you.)

We exist in a world where people want everything. But that’s an impossible vision for the future; world peace as an ideology is wonderful until some people decide to be violent and we sit around wringing our hands having forgotten how to deal with it. Getting some kind of universal mandate on things is never going to work with us all being so very, very different – and frankly, even if you could, I’d wager most of us would get bored and start being contrarian just because at that point, it’s something to do.

This isn’t to suggest people give up; I like idealism, however misguided that may be at times. I do believe people should want to change the world. I at times even envy those sorts of people – who haven’t had the brutal heel of reality come crashing down on them, grinding them into the dirt.

But pick your battles, in the same way Sekiro forces you to. It’s a video game. A hard video game, made for a very specific demographic of the gaming market. They’re as entitled to products that cater for their extremely specific tastes as others are of more gentle and traditionally-aimed fodder. It’d be like me buying FIFA, knowing it’s a football game, and screaming about how I don’t understand it and why aren’t there murder-swords in it.

You bought a FROM Software game. And you expected them to go easy on you?!

If FROM Software don’t want to add an easier option – that’s their decision. They know who they made this game for. Those people I watch in a fit of raging jealousy at how unspeakably simple they make it look. It’s their game, in the same way Dark Souls was for a niche audience. Maybe like Dark Souls, eventually Sekiro will click for me and I’ll be raving about it. I don’t know. I think I need more time with it.

What I do know is that there’ll be other games on other days and a rumoured Nintendo Direct this month. Sekiro is one of many releases, will be one of dozens of big-name game releases in 2019, and there’ll be something out there to everyone’s tastes.

Spare your sanity. Trust me, demanding accessibility is so often a humiliating exercise in pointless frustration.

I speak from personal experience there… 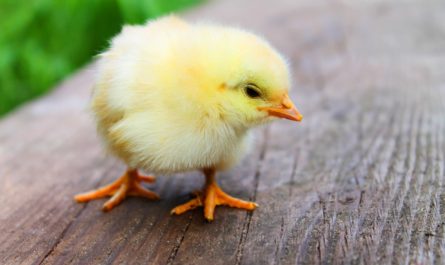