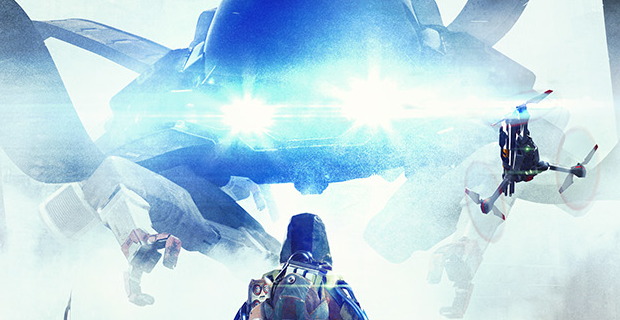 The problem with sequels is that there tends to be an inevitable sense of degradation.

The Surge was a flawed game, no-one will dispute that. It had plenty of technical issues (I’ll get to that soon enough) and it leaned very heavily into the Dark Souls formula at times, but there was also a morbidly dark beauty to the game. A tale of corporate greed, of the sacrifice of workers rights, of overlooking basic biology and psychology and of what makes us human in the first place. When a mind can be warped, molded or overwritten… what are we then if not mere machines as well?

The Surge 2 throws all that aside in the avid pursuit of safer, more generic science fiction tropes and currently accepted political points conducive to a more open game world. The upside to this is that The Surge 2 feels like more of an actual video game than a high-concept idea. There is progression, an overarching story and far more boss encounters than the original, whilst having a far more easily-grasped setting. On the whole, for what they have made, it serves the game rather well.

Several tweaks have been made to the gameplay from the original which certainly mix things up a little; for a start, your core now has batteries. You can’t heal if you don’t have battery charges, which are earned through fighting enemies, but as you upgrade the modules you’ll be able to store more charges, and as you upgrade your core you’ll have more batteries on standby as well. This encourages and prioritizes faster paced combat, which is like the jump from Dark Souls to, say, Bloodborne.

The games design borrows heavily from the original’s DLC “A Walk In The Park”, with bright open spaces peppered with enemies and a looping structure that sometimes folds back in on itself a little too much, but that is also understandable to a certain degree. In fact, unlike the original and its more linear structure, it’s easy to become lost or distracted in The Surge 2. The game doesn’t punish you for exploring nooks and crannies in the hunt for additional scrap or resources, and it is generous enough with the enemy count that harvesting them for scrap or their armour patterns/weapons isn’t an exercise in absolute frustration. If you need to farm things, you’ll find locales where farming is situated close by or right next to the Medbays (basically The Surge’s bonfires).

Much of this makes the basic gameplay loop more forgiving. If you’re struggling – do a little farming, do a little exploring, check your mods and wind down before giving it another go. On the whole, The Surge 2 lacks the impetus to rush through like the original, throwing yourself against Herculean odds.

Sadly, there are a laundry-list of problems.

Let’s start at the top; the Audio Desync Bug is back. This has cropped up in previous Deck 13 games – Lords of the Fallen and the first The Surge – and the result is… exactly the same. Audio is desynced and often delayed and staggered, often happening after you die and all in the loading screen.

There are two critical prongs of this for me; the first is perhaps the most annoying for the majority in general, which is that this tendancy to ‘catch up’ the audio in the loading screens – or when the action slows down a notch – also happens to crash the game. It’s not often you can say a game has something that can crash it, but there we are and this is the third time for Deck 13. At this point, I’m just going to call it out now – I don’t have faith that Deck 13 can fix this, or even that they inherently know why this keeps happening. I have my suspicions, but that their previous two Souls-likes had these problems and still have these problems to this day, I won’t be holding my breath for some kind of fix.

The other problem with the audio desync is more personal; I have Monocular Vision. I am mostly blind in my right eye – it has a major focusing issue thanks to bacterial damage – and this isn’t terrible but in some games I rely a lot more on audio clues, as I focus on my more immediate surroundings for combat purposes. And to The Surge 2’s credit, it does have those audio cues… but with the audio desync, at times there’s zero purpose to that, because they don’t play when they’re supposed to. Which is frustrating.

Other technical issues I spotted include serious texture and clipping issues. This lends the game a distinctly cheap feel, as environmental details pop in without warning and armour just looks blurry, with elements popping in and out of existence when they feel like doing it. In the rush of combat – which I think is just right, by the way – it’s easy to overlook these things but when the game slows down, you’re just poking about treasure hunting or traversing its landscape, it’s infinitely more noticeable and annoying.

I also feel the game has a flow problem as well; it’s not so much getting lost as it is missing critical stuff. For example, on the way to Terminal Z there’s a story-important nanite swarm that you could very easily run past and not even realise it’s there. It wasn’t until my second run through the game that I noticed it, and for something that is meant to also reward you with a piece of equipment – I don’t know, it seems odd that the level design puts something like that out of the way of normal gameplay.

Not that the story is that interesting. If the setting feels generic and safe, the story is more so. We’ve seen this in the first two Borderlands games, and The Stranger is so obviously pandering to the original crowd I’m surprised they even have the pendulous wrecking balls to hide his identity for so long. You can see most of the plot twists coming a mile away, and that makes for a game which relies more on the gameplay loop than a driving narrative arc – there is nothing even close to as curiously darksome as the first game, and certainly nothing even close to as fascinating, heartbreaking or simply terrifying as the Duty-Bound sidequest in the original.

It also has one sidequest that is timed… but the game doesn’t communicate this fact well enough, so it’s easy to fail it. In a game like this, I’m dead-set against that sort of thing.

On a simple, basic gameplay level, The Surge 2 is absolutely an improvement on the original. But in reaching that, it has eschewed and lost much of what was compelling in the first game; it has exchanged its complex, slower, nuanced pacing for a more fast-paced action RPG and that’s fine to a point, but the end result feels like it’s swung far too far in the opposite direction; now it hinges more on that aforementioned gameplay loop than anything else, and the end result isn’t nearly as memorable. It’s likely less divisive, but I don’t think that’s necessarily a good thing sometimes. It’s just altogether more shallow, it won’t offend or challenge but there’s nothing really there to discuss either.

And that Deck 13 still can’t get on top of these technical problems is more infuriating than ever before. I can forgive it to a point, but when the third game in a row comes replete with the same old issues that we’ve complained about in the past, we need to talk about listening to your customers and critics in some capacity.

It must also be pointed out that Deck 13 is based in Germany. This kind of thing is distinctly non-German in a jokingly stereotypical way.

Ultimately, I just can’t recommend The Surge 2. It’s not something to avoid – if it’s on sale cheap or when the time comes for Sony to give it away on PS Plus, it’ll certainly be worth a look. But it isn’t technically sound enough nor as narratively compelling an experience as it needs to be at this pricing tier.

We’ve been spoiled lately in terms of software releases and there’s no excuse for a new game, at this price point, to be as riddled with bugs as this or crash with this kind of regularity. And it certainly isn’t interesting enough either; the criticism that this could have worked as a stand-alone DLC isn’t without its merits, even with many of the tweaks.

Still, I suppose there’s an irony in a game about a glitch in the system being brought low by glitches in its own system. It’s just not an irony that’s worth £50 of your money to experience.

So, My Thoughts On The PS Now! Thing…