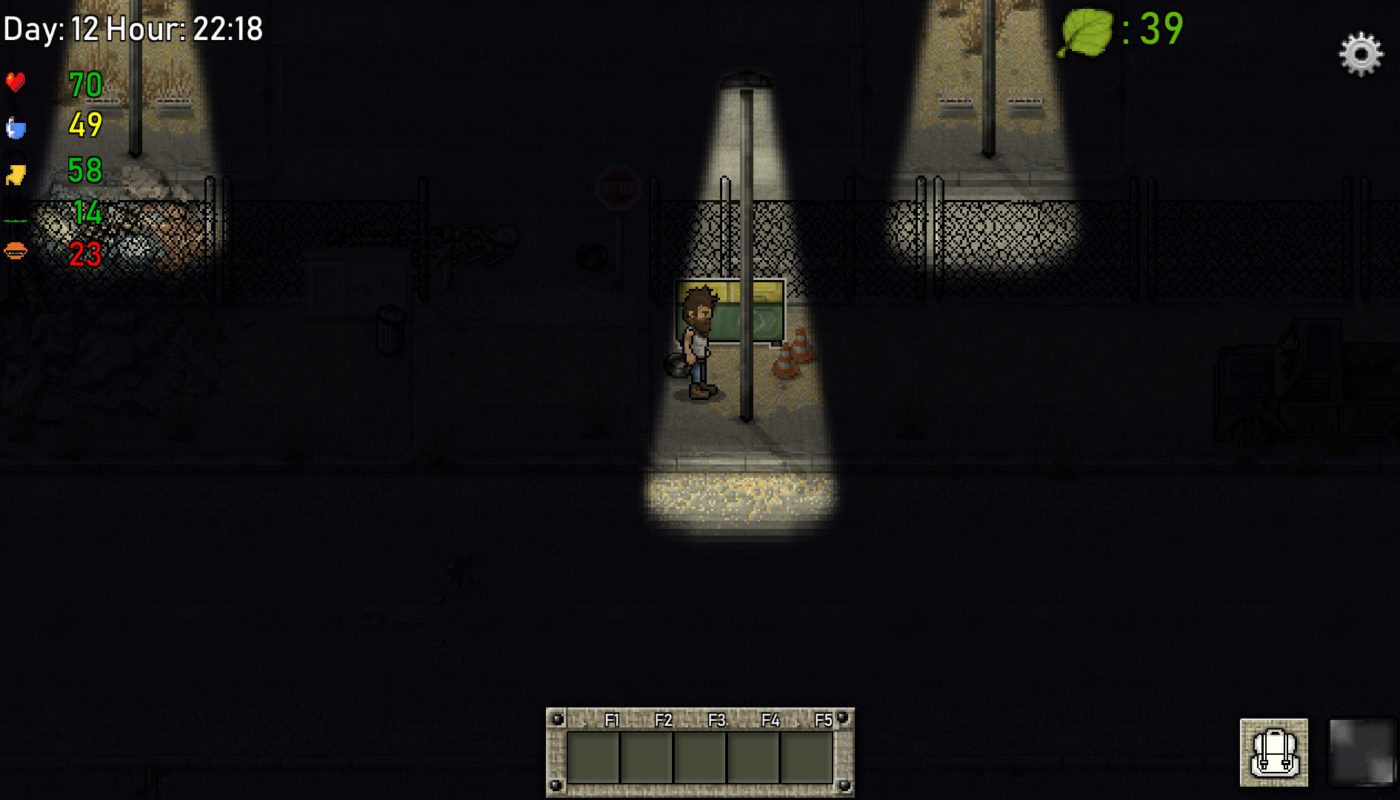 Yes, it’s badly signposted. Yes, there are translation issues. And yes, there is the requisite amount of bugs for a newly launched game to get over. It should be labelled as “Early Access”, because the game is obviously not really finished or polished just yet (and why it isn’t marked as Early Access baffles the hell out of me!). And there are parts of the game where you are left twiddling your thumbs, waiting for things to happen, trees to grow, things to be made and so on.

However, having said that… there’s something about this game I can’t quite shake, something about the Don’t Starve-come-Stardew Valley approach that is compelling in its own right. Despite the bare release, for £5.79, I still managed to squeeze about 18 hours from it before I was satisfied I’d seen everything the current build had to offer. And in spite of the shoddy translation and poor signposting, there’s enough give in the whole thing that you can effectively muddle your way through and work out some of the critical details (clump same type of trees together, plant near slime to get rid of it, make water collectors) without the need for that kind of overt hand-holding.

Which isn’t to say that is ideal – however, the developer (Zerone Games) appears to acknowledge all of this on the Steam community forum. So far, it seems weekly updates are a thing – fixing bugs and adding little bits of content here and there. There is a generally positive community giving critical feedback and Zerone Games seems committed to updating the game and adding in some of the really good ideas. It all feels healthy and good-spirited for the most part.

And that’s part of the appeal I suppose; Green Project is another one of those quirky things that appears and you can sort of see that it has the potential to evolve and grow into something far bigger and grander and more fantastic than what it is now. In a world of KickStarters that take forever to get to release and games waiting months for basic updates, there’s something reassuringly nice about a title like Green Project that feels like it has the possibility down the road for real greatness. Something about the coming together and seeing the good in things that is really necessary right now.

I do believe that it has a ton of promise – as the game so far progressed for me, I found a graveyard. I found an old, abandoned base I guess you could also move into if you wanted. There are little notes around from this lost civilisation, an Earth left for 300 years, that add little touches of black humour. I did slowly get my head around it, and that will be easier for newcomers when Zerone Games gets the signposting in order. These are things that can be fixed.

It totally needs a proper English pass; the English translation is pretty rough around the edges. It needs a little more life too in my opinion – there needs to be a little more than basic survival (what’s the point if you can’t repopulate the planet with something more than trees and chickens and pigs you’ve mutated into slime monsters?), and I wouldn’t be shocked if eventually Green Project has little NPC encounters scattered around to showcase what has happened to the people of this ruined Earth in the 300 years our space-faring protagonist spent in orbit.

What I’m saying isn’t to rush out and buy Green Project; more, that people should keep an eye on it. I see in this funny little game the prospect of greater success down the road – it needs more content, it needs a little/lot more polish, it needs a little more development… hell, it needs a better title screen (and name – I mean, I love it but the name is a bit… simple!). But the same was once true of Stardew Valley, and Dead Cells, and both of those were enormous successes as they slowly built on solid foundations.

And that’s what I’m getting from Green Project; a relatively solid foundation which I think, given time and feedback and a little more work, could blossom into something truly special. What I suspected would be a quirky little indie thing that would tide me over a week or so whilst I wait for the likes of Story of Seasons: Friends of Mineral Town, the Nioh 2 DLC and Deadly Premonition 2 – has turned into something pleasantly surprising in its own right. An enjoyable little sandbox with the promise of greater things to come.

It may not happen – and that would be a shame – but for now, I think we all need a little more optimism in our lives, and so I am optimistic and will be keeping a very, VERY close eye on how Green Project develops in the coming months.

Go for it, Zerone Games. I’m rooting for you!

(This game was paid for out of my own money by being recommended on Steam. It is not sponsored content – as I said, keep an eye on it. Don’t rush out and buy unless you’re into early access stuff and want to give some feedback on it! Seriously. Be sensible.)

My Thoughts On The Andromeda Fuss